US Open 2015: Out of the Ordinary Borna Coric has Rafael Nadal in Sights

Borna Coric heads for the US Open at Flushing Meadows ranked at 35 and poised to hand two-time champion Rafael Nadal yet another reason to wish for 2015 to end quickly. 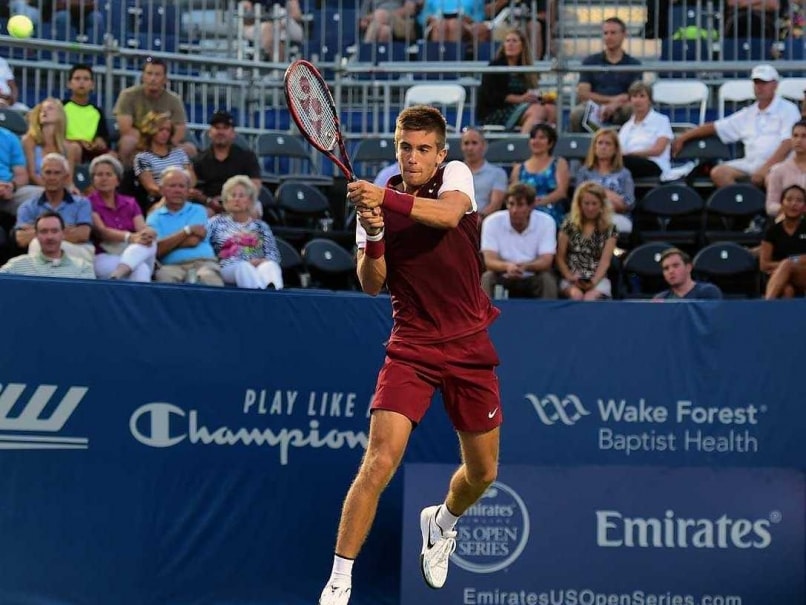 When Borna Coric decided to invest in a tattoo on his right bicep, his mother condemned his teenage impulse as "stupid".

But should the highly-rated Croatian defeat Rafael Nadal for the second time in under a year at the US Open on Monday, Mrs Coric might just agree with her son's choice of inked words: "There is nothing worse in life than being ordinary".

Now the 18-year-old heads for the season's concluding Grand Slam event at Flushing Meadows ranked at 35 and poised to hand two-time champion Nadal yet another reason to wish for 2015 to end quickly.

Coric has already enjoyed success in New York, winning the junior tournament in 2013.

In the senior ranks, he defeated Nadal at Basel in October in what proved to be the Spaniard's last match of 2014 before he shut down his season to have his appendix removed.

It wasn't a fluke result as Coric then swept past Andy Murray on his way to the Dubai semi-finals in February where it took Roger Federer to stop him.

Coric's rise up the rankings has also caught the eye of world number one Novak Djokovic who invited him to hit over the winter.

John McEnroe predicted Coric will be in the world top 10 within three years.

"I'm happy that I have that kind of pressure and all the people expecting from me," said the Croatian.

"And obviously it is pressure, you know, but there is going to be for the next 10 or 15 years, so I need to deal with it and just take it as advantage."

Earlier this year, Coric hired former Australian Open winner Thomas Johansson as his coach while ex-Wimbledon champion and compatriot Goran Ivanisevic acted as his mentor in his early days.

"He is very strong mentally for his age, he is fast, and probably the player he is most similar to in style is Djokovic. Big occasions do not worry him."

Coric made the second round in New York 12 months ago after coming through qualifying.

At the French Open this year, he enjoyed his best run so far at a Grand Slam when he reached the third round, seeing off vastly experienced Sam Querrey and Tommy Robredo on the way.

He made the second round at Wimbledon, playing two five-setters against Sergi Stakhovsky and Italy's Andreas Seppi.

Victory over 14-time major winner Nadal on Monday would be comfortably his biggest win and it is not the mission impossible it may have seemed two years ago when the Spaniard captured his second US Open.

Nadal is enduring his worst slump in a decade after being dethroned as French Open champion and seeing his ranking slip to 10, his lowest since 2005.

But win or lose, Coric knows time is on his side, time to gather even more tattoos.

So what did his mother say when she saw it?

Comments
Topics mentioned in this article
Borna Coric Rafael Nadal Tennis
Get the latest updates on IPL 2020, check out the IPL Schedule for 2020 and Indian Premier League (IPL) Cricket live score . Like us on Facebook or follow us on Twitter for more sports updates. You can also download the NDTV Cricket app for Android or iOS.