Roberta Vinci lost to Taiwan's Kai-Chen Chang in the first round of the Malaysian Open. 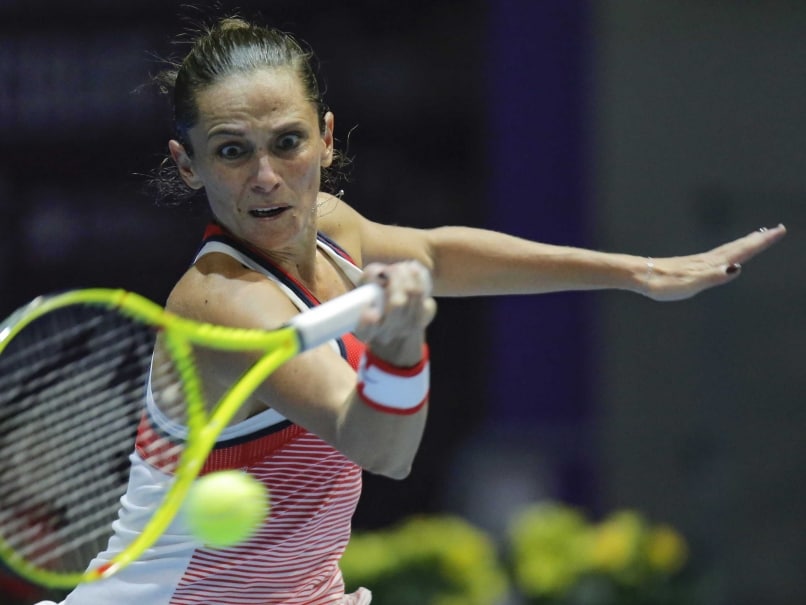 World No.10 Roberta Vinci succumbed to a player with a world ranking of 153.© AP
Kuala Lumpur:

Top seed Roberta Vinci was knocked out of the first round of the Malaysian Open after losing to Taiwan's Kai-Chen Chang 5-7, 6-2, 6-1 on Tuesday. (Click here for latest Tennis stories)

The 33-year-old Italian, ranked 10th in the world and eyeing her second WTA tour title of the season, succumbed to a player with a world ranking of 153.

On Monday Eugenie Bouchard had an easy win over Hong Kong's Zhang Ling, 6-3, 6-1 to advance to the second round.

The Canadian, who has been showing signs of returning to form, will meet Japan's Karumi Nara on Wednesday.

Third seed Sabine Lisicki from Germany also heads to the second round Wednesday, facing Barbora Krejcikova from the Czech Republic.

Lisicki had defeated Magda Linette from Poland 6-4, 7-6(5) on Monday in a tough battle in hot and humid conditions.

Comments
Topics mentioned in this article
Roberta Vinci Tennis
Get the latest updates on IPL 2020, check out the IPL Schedule for 2020 and Indian Premier League (IPL) Cricket live score . Like us on Facebook or follow us on Twitter for more sports updates. You can also download the NDTV Cricket app for Android or iOS.