There is no wedding in Istanbul for Maria Sharapova 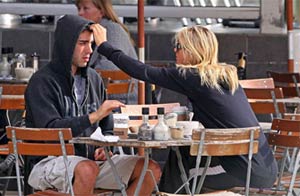 A British newspaper reported last month that the sporting couple, who got engaged in 2010, would tie the knot in the Turkish city where Vujacic is based in November.

"Those are false rumors, always have been," Sharapova said Sunday after losing her Olympic gold medal match to Serena Williams at Wimbledon.

When pressed whether the wedding is to take place in Istanbul, Sharapova replied: "Definitely not."

Comments
Topics mentioned in this article
Tennis Maria Sharapova
Get the latest updates on ICC T20 Worldcup 2022 and CWG 2022 check out the Schedule, Live Score and Medals Tally. Like us on Facebook or follow us on Twitter for more sports updates. You can also download the NDTV Cricket app for Android or iOS.