Swiss tennis great Martina Hingis announced her "definite" retirement on Thursday, signalling the end of a career which took her from 1990s teenage superstar to doubles world number one some 20 years later. 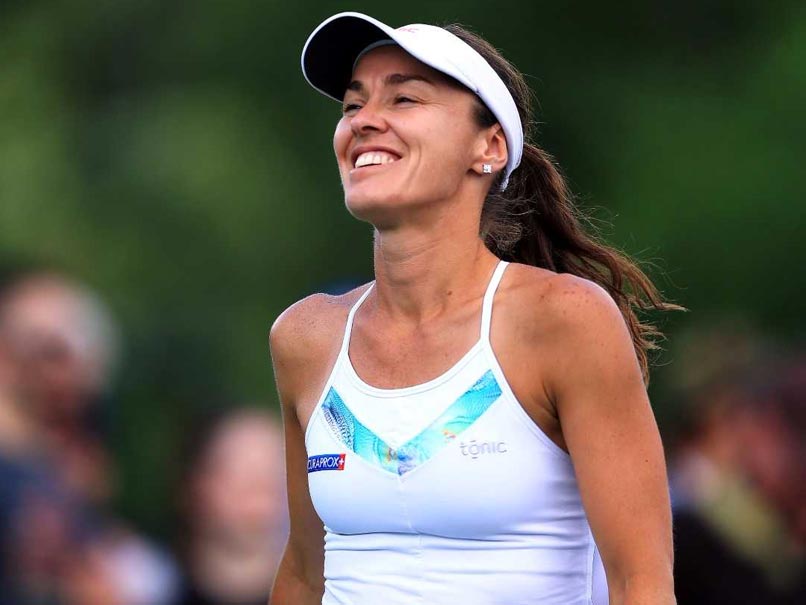 Swiss tennis great Martina Hingis announced her "definite" retirement on Thursday, signalling the end of a career which took her from 1990s teenage superstar to doubles world number one some 20 years later. The 37-year-old "Swiss Miss" has retired twice before -- once after testing positive for a metabolite of cocaine -- but she said the ongoing WTA Finals in Singapore will be her last tournament. "I think now it's definite. It's different, because before I walked away thinking I might come back," Hingis told reporters after her 6-3, 6-2 doubles win alongside Chan Yung-Jan over Anna-Lena Groenefeld and Kveta Peschke.

"After a season like this, I think it's also perfect timing. You know, you want to stop on top and not when you're already going backwards.

"I couldn't ask for a better finish."

Hingis could end her career on a high in Singapore, with a semi-final looming against Timea Babos and Andrea Hlavackova. "We have a pretty decent chance. I think we are the ones to beat right now," she said.

Slovakian-born Hingis took the tennis world by storm when she won her first three major titles, the Australian Open, Wimbledon and US Open, in 1997 at the age of just 16, opening a period of dominance when she spent 209 weeks as world number one.

It was a run that inspired a young Roger Federer, the leading light of the group of Swiss players -- also including Stan Wawrinka and Belinda Bencic -- who followed Hingis onto the world stage.

Hingis, coached by her mother, Melanie Molitor, had five Grand Slam singles titles to her name when injuries drove her into her first retirement in 2003, when she was just 22.

She returned two years later but the comeback was short-lived and Hingis stepped away from the sport again after failing a drugs test at Wimbledon in 2007.

But she has enjoyed considerable success since her reincarnation as a doubles specialist, and ends her career at the top of the rankings and with 20 major titles in doubles and mixed doubles.

"Here we are for the third, and final time," Hingis posted on Facebook. "Looking back now, it's hard to believe that almost exactly 23 years ago I made my professional debut.

"The years that followed have been some of the most rewarding years of my life, both personally and professionally, but I believe the time has come for me to retire, which I will be doing after my last match here in Singapore."

Hingis said she would remain involved in the sport, perhaps in a coaching capacity -- which could raise questions over a potential match-up with Federer.

"I'll always be part of the game of tennis," she said. "Somehow we will be connected. I will definitely take some time out. I have done coaching before. I can help my mom, her tennis school.

"I'm definitely not going to miss that day-in, day-out grind."

Comments
Topics mentioned in this article
Martina Hingis Tennis
Get the latest updates on IPL 2021, IPL Points Table , IPL Schedule 2021 , live score . Like us on Facebook or follow us on Twitter for more sports updates. You can also download the NDTV Cricket app for Android or iOS.