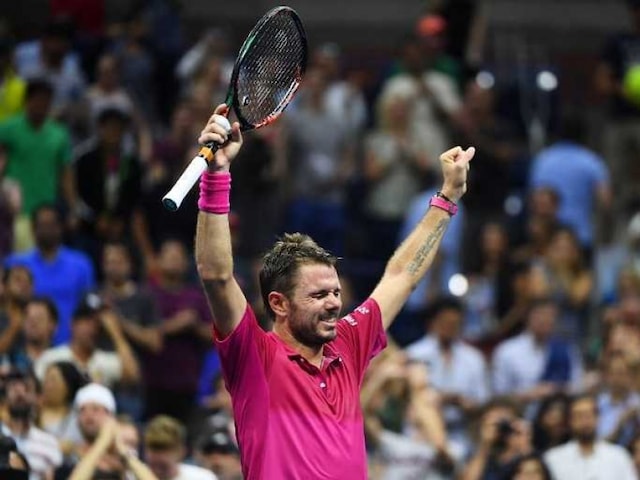 US Open champion Stan Wawrinka and Czech Tomas Berdych both cruised into the Saint Petersburg Open semi-finals on Friday.

Top seed Wawrinka beat Serb Viktor Troicki 7-5, 6-2 to set up a meeting with Spaniard Roberto Bautista Agut for a place in the final.

Wawrinka, the world number three, recorded his sixth win over seventh seed Troicki in as many meetings, breaking in the 12th game for a one-set lead.

Wawrinka, 31, underlined his supremacy on the hardcourt surface in the second with two more breaks to close out in 64 minutes.

"He's a great player, a great fighter," said Wawrinka of his next opponent who won the last of his four ATP titles on hardcourt in Sofia last February.

"He likes this kind of surface and I'm looking forward to an interesting match," the Swiss added.

Berdych, who has won 12 ATP titles most recently in Stockholm and Shenzhen last year, took the opening set in 35 minutes with a break in the 10th game, breaking early in the second.

"The match was much harder than the scoreline shows," Zverev, 19, insisted.

"I played really tough matches with Berdych earlier this year. But if I play like I did today I think I've a good chance tomorrow (Saturday)."

Comments
Topics mentioned in this article
Stanislas Wawrinka Tomas Berdych Tennis
Get the latest Cricket news, check out the India cricket schedule, Cricket live score . Like us on Facebook or follow us on Twitter for more sports updates. You can also download the NDTV Cricket app for Android or iOS.