Six Players Whose Games are Primed for Wimbledon

From Lucie Safarova and Madison Keys to Kevin Anderson and Vicktor Troicki, here are six underdogs to watch out for at Wimbledon.

With an extra week between the French Open and Wimbledon this year, players have had more time to fine-tune their grass-court games. Geoff Macdonald, the women's tennis coach at Vanderbilt University, analyzes which players have made a strong impression heading to the All England Lawn Tennis Club. (Wimbledon 2015: Guide to key first round matches) 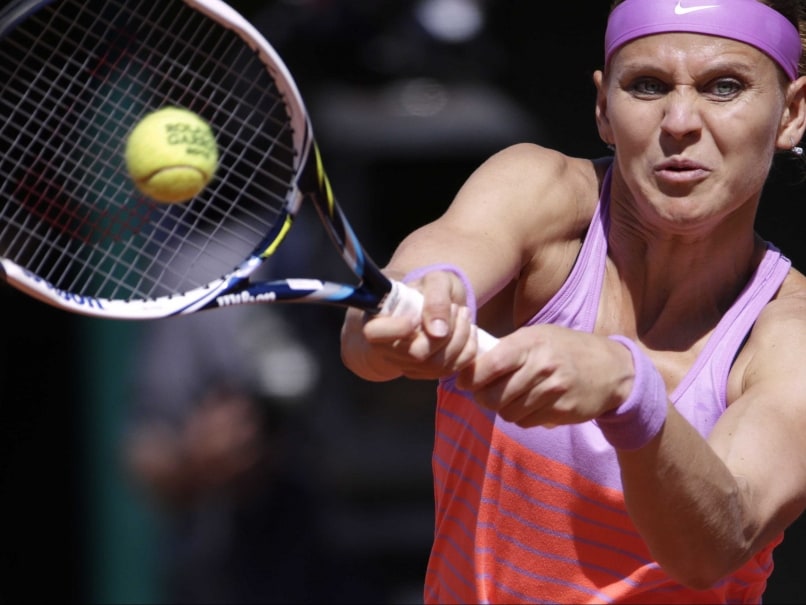 A Wimbledon semifinalist a year ago, Safarova reached the finals at Roland Garros this month, toppling Maria Sharapova, Garbi~CHECK~e Muguruza and Ana Ivanovic before losing in three sets to Serena Williams. Safarova's powerful, sweeping lefty serve is lethal on grass, and she follows it up with a liquid whip of a forehand. Lithe and athletic, Safarova, 28, has been overshadowed by her fellow Czech Petra Kvitova, a two-time Wimbledon champion. But Safarova is emerging as a force on tour this year, rising to sixth in the rankings. She has become tougher mentally.

Earlier in her career, Safarova had great success in doubles, and she has won both Grand Slam titles in women's doubles this year with Bethanie Mattek-Sands. Though she was capable of the occasional upset in singles, she lacked self-belief. With her rising confidence and experience in Grand Slams, Safarova is capable of duplicating Kvitova's victories at Wimbledon. But she is in a loaded top half of the draw with Williams and Sharapova.

Bacsinszky's run to the semifinals of the French Open showcased her blend of power and touch. She serves with accuracy and pace, but what has vaulted her to the top level of the tour is her ability to disrupt her opponents' rhythm with deft drop shots, off-speed slices and superb defensive skills. Her refreshingly original style is a joy to watch. In the fourth round of the French Open, Bacsinszky kept the powerful Kvitova off balance, rarely hitting the same shot twice.

Bacsinszky's career faltered early on, as she rebelled against the oppressive demands of her father, Igor, who coached her in the juniors and the early stages of her pro career. Bacsinszky, a 26-year-old Swiss ranked No. 15, has thrived working with Dimitri Zavialoff, who has rekindled her love of the game by encouraging her to play creatively. 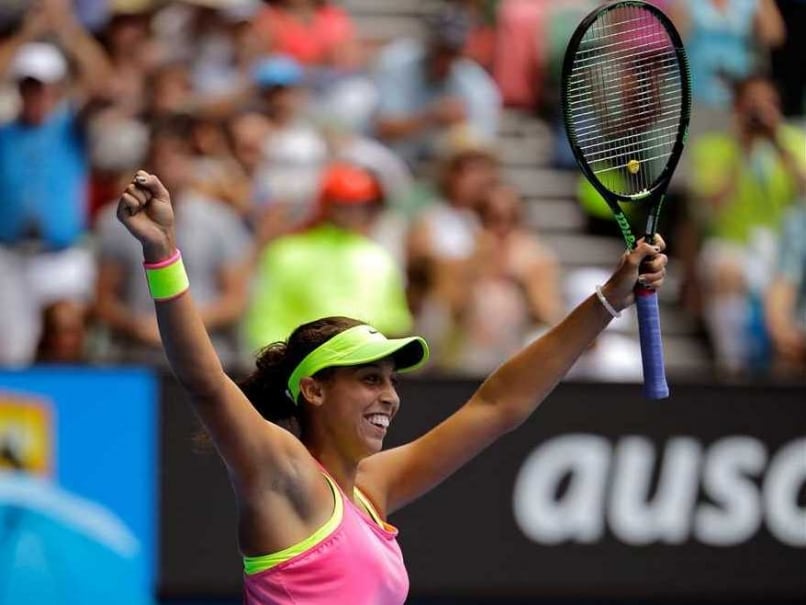 File photo: Madison Keys of the U.S. celebrates after defeating her compatriot Venus Williams in their quarterfinal match at the Australian Open.

The heir apparent to Serena Williams, Keys, 20, possesses a cannon of a serve, which she backs up with groundstrokes hit with astonishing force. Keys won her first WTA title last year on grass at Eastbourne, but struggled with a pulled leg muscle at Wimbledon.

Since hiring Lindsay Davenport as her coach late last year, Keys has learned to temper her ball-striking and force errors rather than go for winners. Davenport has also helped Keys deal with the high expectations of being a rising American star on tour, teaching her to focus on improvement and hard work rather than results. This process-oriented approach has allowed Keys to mature and develop her mental game as she ascends the WTA rankings. Keys, now ranked 21st, reached the Australian Open semifinals in January and has the game to go deep into the Wimbledon fortnight. 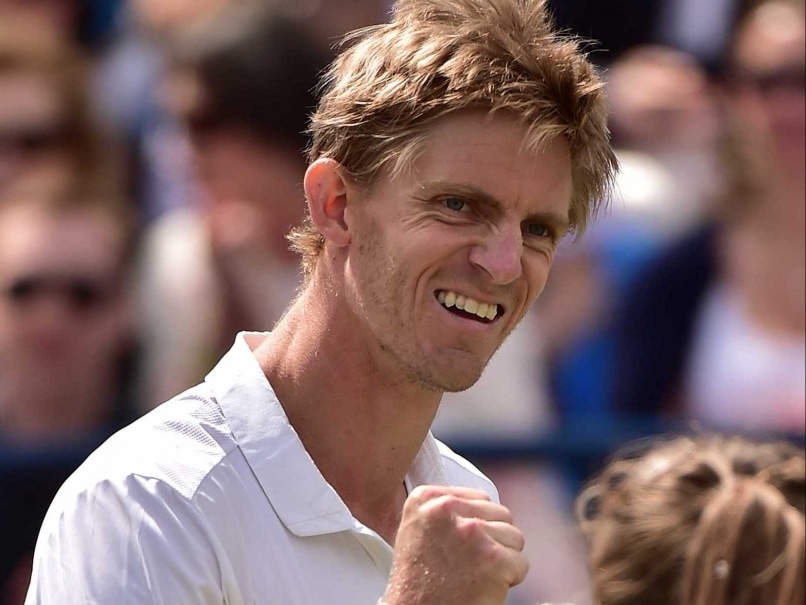 A 6-foot-8 South African who played at the University of Illinois, Anderson has a huge serve and first-strike forehand. Ranked a career-high 14th, Anderson reached the final at Queen's Club, losing to Andy Murray last Sunday. Anderson, 29, has shrewdly used analytics to understand his game and to scout opponents. He excels at running his favorite patterns and imposing his game on his opponent, which puts him in control of most matches.

Like another big server, Milos Raonic, Anderson wins quick points. He struggles against great returners like Murray, but Anderson seems ready to break through, and the grass at Wimbledon could be his best surface. With his towering serve, Anderson is going to hold with regularity. If he can return well and win some tiebreakers, Anderson could go far, though his potential quarterfinal opponent is top-seeded Novak Djokovic.

Troicki, a resurgent Serbian, has had a remarkable grass-court season, reaching the semifinals at Queen's Club by earning hard-fought victories over Marin Cilic and John Isner. In Stuttgart the previous week, he defeated Cilic in three sets in the semifinals before losing a tight final to Rafael Nadal. Troicki's ranking plummeted to 847th last July as he finished serving a yearlong suspension for failing to provide a blood sample for a doping test. But he has climbed to 24th since his return and is seeded 22nd at Wimbledon.

A powerful, rangy presence on the court, Troicki comes up with his best tennis when under pressure. He has the competitive will to make a deep run at Wimbledon.

At 29, he is playing with a sense of urgency, and his fearlessness makes him a threat to pull off an upset or two.

Zverev, a former No. 1 junior player from Germany, won the Australian Open juniors in 2014 and was the runner-up at the French Open junior event in 2013. Zverev, 18, comes from a tennis-playing family. His father and coach, Alexander, played professionally as does his older brother, Mischa. The 6-foot-6 Zverev, ranked 76th, serves bombs, but he has a surprisingly complete all-court game.

He is one of the future stars of the game, along with Borna Coric of Croatia and a trio of Aussies - Nick Kyrgios, Thanasi Kokkinakis and Luke Saville. Zverev's rising level of play makes him a dangerous unseeded threat in the draw. He could face No. 28 seed Pablo Cuevas in the second round and fifth-seeded Kei Nishikori in the third round.

Comments
Topics mentioned in this article
Lucie Safarova Kevin Anderson Viktor Troicki Madison Keys Timea Bacsinszky Alexander Zverev Tennis
Get the latest Cricket news, check out the India cricket schedule, Cricket live score . Like us on Facebook or follow us on Twitter for more sports updates. You can also download the NDTV Cricket app for Android or iOS.