Simona Halep will play for her 12th career title and fourth of the year in Sunday's championship match against against Swiss teen Belinda Bencic, who stunned world number one Serena Williams in the other semifinal of the Rogers Cup. 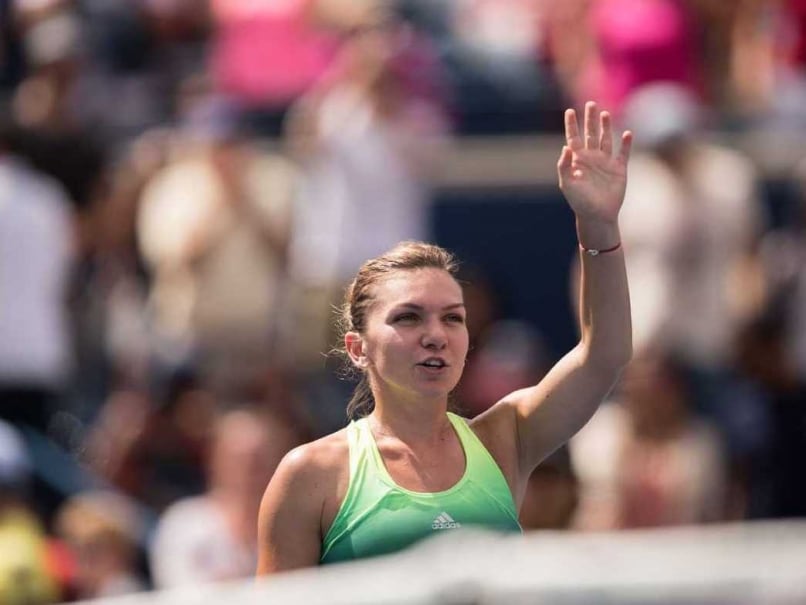 Halep will play for her 12th career title and fourth of the year in Sunday's championship match against Swiss teen Belinda Bencic, who stunned world number one Serena Williams in the other semifinal.

Halep fell behind 0-2 then roared back to win the next four games, breaking twice to seize the lead and holding at love for a 4-2 edge. She held twice more to claim the first set in 43 minutes, taking advantage of 19 unforced errors by Errani.

"It was difficult to manage the tension," Halep said. "I had a little bit of pressure. You feel butterflies in your stomach."

In the second set, Halep opened by breaking Errani, who then broke back only to have Halep break yet again as control teetered.

Errani broke back again in the eighth game, Halep slamming her racket on the concrete in frustration after falling level at 4-4.

But then Halep forced a break, retaking the lead by winning the ninth game when Errani hit a forehand beyond the baseline, and the Romanian held serve for the victory, the last point coming when Errani swatted a backhand long.

"I didn't play my best tennis but I played well enough to win the match," Halep said. "I knew she would play great. I tried everything. I was fighting until the end."

It was the third win in four tries for Halep over Errani, having lost their first matchup at Miami in 2013 but won last year in a Doha quarter-final and earlier this year at Stuttgart.

Halep's earlier titles this season came in January at Shenzhen, February at Dubai and in March at Indian Wells.

Williams is in her first event since capturing her fourth Grand Slam title in a row last month at Wimbledon.

She will try to complete a calendar-year Grand Slam sweep by winning the US Open, which begins in two weeks at New York.

That would give Williams 22 career Grand Slam titles, matching Steffi Graf for the Open Era record.

Comments
Topics mentioned in this article
Simona Halep Sara Errani Tennis
Get the latest updates on Olympics 2020, Olympics 2020 Medal Tally, Live Cricket Score . Like us on Facebook or follow us on Twitter for more sports updates. You can also download the NDTV Cricket app for Android or iOS.