World number one Serena Williams, winner of the past two titles at Flushing Meadows and five overall, will try to match Chris Evert and Martina Navratilova on 18 career major titles when she faces her good friend Caroline Wozniacki on Sunday. 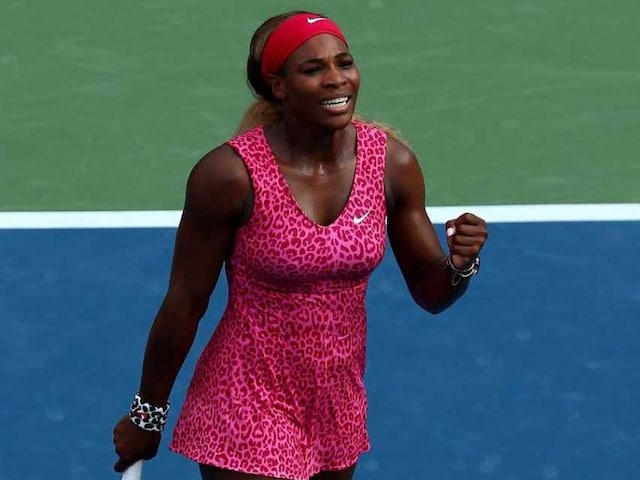 Serena Williams will fight for an 18th Grand Slam title against Caroline Wozniacki after sweeping past Ekaterina Makarova 6-1, 6-3 on Friday to reach the US Open final.

World number one Williams, winner of the past two titles at Flushing Meadows and five overall, will try to match Chris Evert and Martina Navratilova on 18 career major titles when she faces her good friend Wozniacki on Sunday.

The 10th-seeded Dane was leading 7-6 (7/1) 4-3 when China's Peng Shuai dramatically retired from their semi-final with heat related illness.

Peng, in growing discomfort in the second set in the hot sunshine bathing Arthur Ashe Stadium court, was overcome in the eighth game, reeling to the back of the court where she was eventually attended by a trainer and a supervisor.

After some discussion she was helped form the court and granted a confusing and controversial mid-game medical timeout as Wozniacki, facing a break point, was left to try to stay loose hitting practice serves. 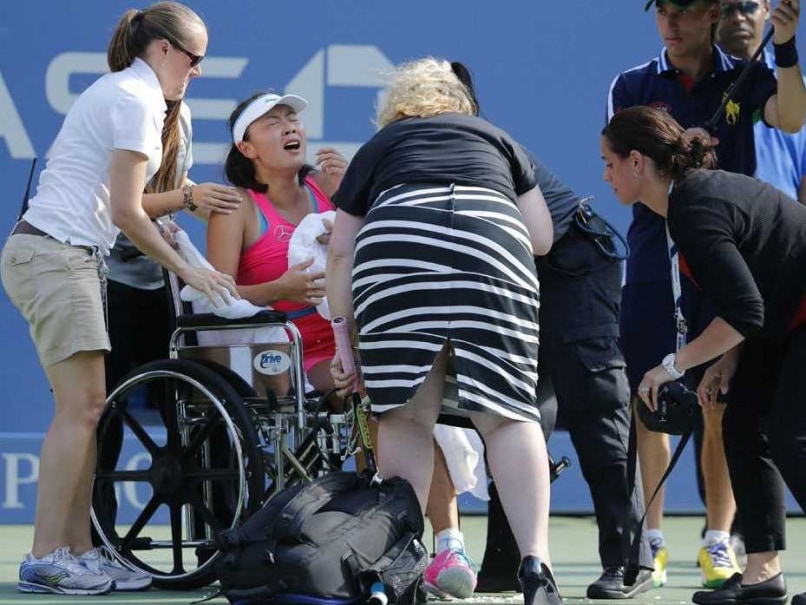 Peng Shuai of China receives help leaving the court in her match against Caroline Wozniacki of Denmark during their US Open 2014 women's singles semifinals match at the USTA Billie Jean King National Center September 5, 2014 in New York.

Peng returned to the court and after a break of 10 minutes played five more points before she was stricken again, finally crumpling to the court, her Grand Slam dream in tatters.

"She was in distress, she had a heat-related illness," said tournament director David Brewer after the match, adding that Peng was recovering well in the on-site medical facility.

"It was very difficult to watch," said Wozniacki, who went to Peng's side when she fell to the court, offering her a comforting pat.

"Tennis is great but the health is more important. I wanted to make sure that she's OK," Wozniacki said.

Wozniacki was especially concerned knowing that Peng had surgery to correct a heart defect as a youngster. 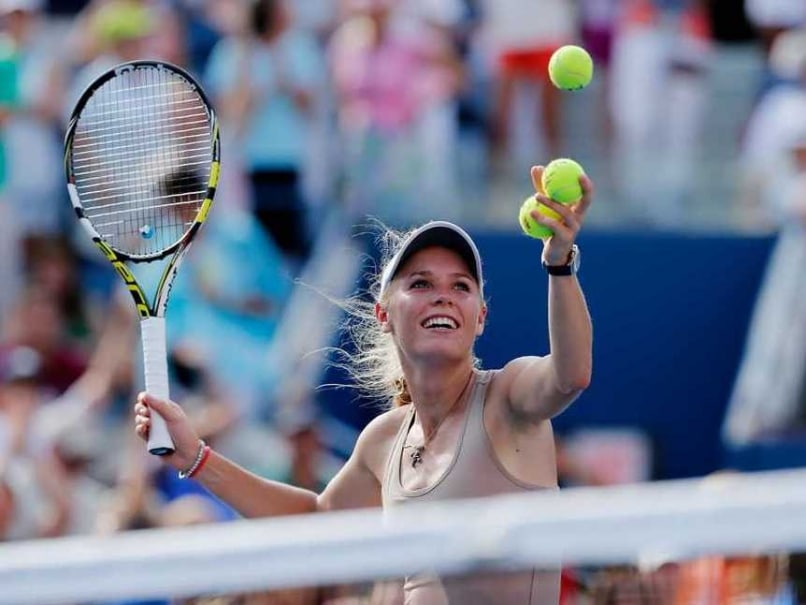 Caroline Wozniacki of Denmark hits a ball into the crowd after defeating Shuai Peng of China during their women's singles semifinal match.

She wasn't too worried about whether the extended break broke any rule.

"I didn't really know the rules -- I know if it's just cramping you aren't allowed to have a timeout but if it's heat illness you can," she said.

And then I think they check my temperature. And then everything --

Peng, speaking later after an ice bath and rest, said the doctor who treated her during the time out urged her not to return to the match.

Peng's memory of the moment the match was halted is hazy.

"I couldn't think for the match because I wanted to stop the cramping, to breathe.

"But I think when I came back on the court the doctor, she knows. So with the situation they're not going to let me die on the court, so they have to decide."

Wozniacki, who shocked five-time Grand Slam champion Maria Sharapova in the fourth round, is back in a Grand Slam final for the first time since losing in the 2009 US Open final to Kim Clijsters.

"It's incredible to be in the final, I have goosebumps," she said.

Despite her 17 major wins, Williams, too, was overjoyed to return to the final, having failed to make it out of the fourth round at any major so far this year.

"Oh my God, it feels so good," said Williams, who sank almost to her knees screaming "Yes!" when Makarova pushed a last forehand wide. "I'm so happy, you have no idea."

Williams saw Peng's travails unfold as she warmed up for her match.

"I was really saddened by it," she said. "She's such a great person. You never want to see anyone go out like that."

There was no drama -- or suspense -- for Williams. After Makarova had held her first service game for 1-1 in the opening set, Williams won the next nine games, turning up the volume to finish with 24 winners on an increasingly windy Ashe court.

The American superstar needed exactly one hour to subdue 17th-seeded Makarova, who was playing in her first Grand Slam semi-final after coming up empty in four prior quarter-final appearances.

Williams played three straight tournaments in the build-up to the Open, winning titles in Stanford and Cincinnati and reaching the semi-finals in Montreal.

Along the way she beat Wozniacki twice, in the quarter-finals at Montreal and semis in Cincy, both times needing three sets.

Comments
Topics mentioned in this article
Shuai Peng Ekaterina Makarova Serena Williams Caroline Wozniacki Tennis
Get the latest Cricket news, check out the India cricket schedule, Cricket live score . Like us on Facebook or follow us on Twitter for more sports updates. You can also download the NDTV Cricket app for Android or iOS.