The story she tells of the changes wrought on her life by the arrival of Alexis Olympia, whom she calls by her middle name and husband Alexis Ohanian refers to as Junior, are sweet, but the aftermath of the baby's birth in September was anything but serene. 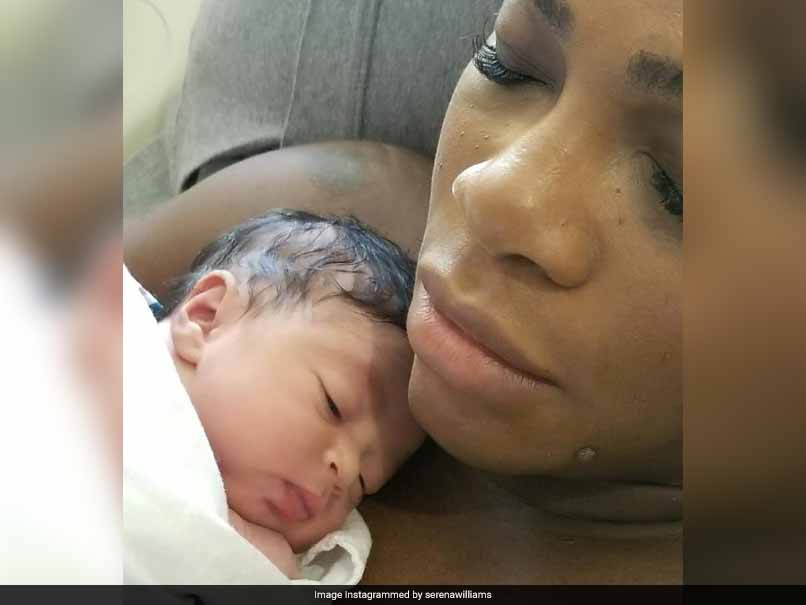 Serena Williams pulled out of the 2018 Australia Open.© Instagram

The image on the cover of the February issue of Vogue features Serena Williams proudly showing off her adorable daughter.

The story she tells of the changes wrought on her life by the arrival of Alexis Olympia, whom she calls by her middle name and husband Alexis Ohanian refers to as Junior, are sweet, but the aftermath of the baby's birth in September was anything but serene.

Williams, 36, had alluded to "complications" that ensued, but she tells writer Rob Haskell that there were some harrowing moments because she experienced a pulmonary embolism, a recurrence of an issue that left her "on my death bed" in 2011. That time, she did not appreciate the gravity of the matter. This time, after having an emergency C-section when her heart rate dropped during contractions, she knew that something was very, very wrong when she suddenly felt short of breath.

Williams was off the anticoagulant she takes daily because of the surgery and she "immediately assumed" she was having another embolism.

"She walked out of the hospital room so her mother wouldn't worry and told the nearest nurse, between gasps, that she needed a CT scan with contrast and IV heparin (a blood thinner) right away," Haskell writes. "The nurse thought her pain medicine might be making her confused. But Serena insisted, and soon enough a doctor was performing an ultrasound of her legs. "I was like, a Doppler? I told you, I need a CT scan and a heparin drip," she remembers telling the team. The ultrasound revealed nothing, so they sent her for the CT, and sure enough, several small blood clots had settled in her lungs. Minutes later she was on the drip. "I was like, listen to Dr. Williams!"

If only that were the end of it. The incision from her C-section popped open because of coughing fits from the embolism. During surgery, doctors "found that a large hematoma had flooded her abdomen, the result of a medical Catch-22 in which the potentially lifesaving blood thinner caused hemorrhaging at the site of her C-section. She returned yet again to the OR to have a filter inserted into a major vein, to prevent more clots from dislodging and traveling into her lungs," Haskell writes. "Serena came home a week later only to find that the night nurse had fallen through, and she spent the first six weeks of motherhood unable to get out of bed."

Williams has, of course, recovered and settled into the routine of new motherhood while also marrying Ohanian in a lavish wedding in New Orleans. Tennis has not been far from her mind, either. She had targeted the Australian Open, which she won last year while only a few weeks pregnant, but that did not pan out after an exhibition match loss to Jelena Ostapenko last week.

"After competing in Abu Dhabi I realized that although I am super close, I'm not where I personally want to be," she said in a statement on Snapchat. "My coach and team always said, 'Only go to tournaments when you are prepared to go all the way'. I can compete - but I don't want to just compete, I want to do far better than that and to do so I will need a little more time. With that being said, and even though I am disappointed about it, I've decided not to compete in the Australian Open this year.

"The memory of last year's Open is one that I will carry with me, and Olympia and I look forward to coming back again. I appreciate the support and understanding of my fans and everyone at the Australian Open."

(This story has not been edited by NDTV staff and is auto-generated from a syndicated feed.)
Comments
Topics mentioned in this article
Serena Williams Tennis
Get the latest updates on IPL Auction 2023 and check out  IPL 2023 and Live Cricket Score. Like us on Facebook or follow us on Twitter for more sports updates. You can also download the NDTV Cricket app for Android or iOS.