Serena Williams hasn't played since representing the US in the Fed Cup in February, before the WTA tour along with most of global sport shut down amid the coronavirus pandemic. 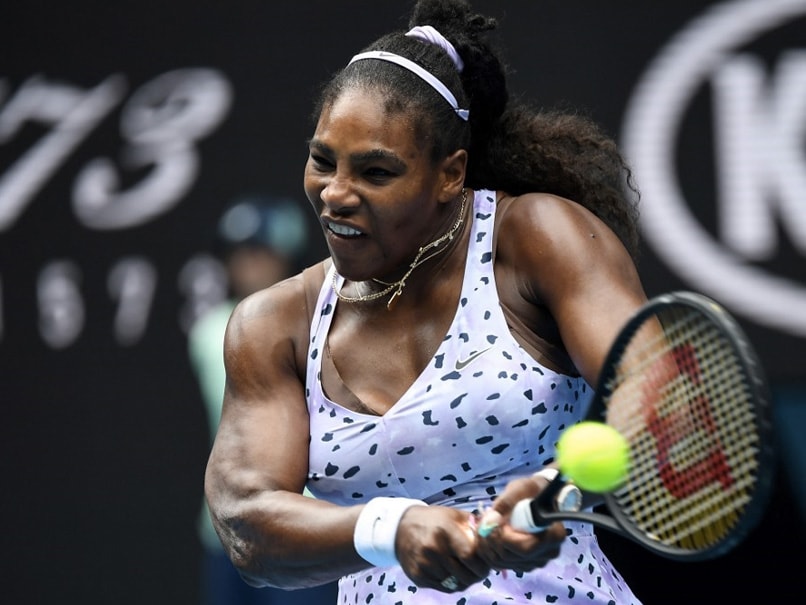 Serena Williams will make her return to the WTA tour at a new hardcourt tournament in Kentucky.© AFP

Serena Williams will make her return to the WTA tour at a new hardcourt tournament in Kentucky in August, organisers said on Thursday. The Top Seed Open said 23-time Grand Slam champion Williams and 2017 US Open winner Sloane Stephens will be in the field when play begins on August 10. Serena Williams hasn't played since representing the United States in the Fed Cup in February, before the WTA tour along with most of global sport shut down amid the coronavirus pandemic. Both the WTA tour and the men's ATP tour are scheduled to resume in August.

Serena has already said she plans to enter the next scheduled Grand Slam tournament, the US Open, which is slated to begin in New York on August 31.

The Kentucky tournament was one of two new events confirmed by WTA chief executive Steve Simon last week as additions to the tour's revamped calendar.

WTA action is scheduled to resume with the Palermo Open in Italy starting on August 3.

Last month, Serena Williams committed to play at this year's US Open as US Tennis Association officials vowed they can safely stage the first Grand Slam since the coronavirus pandemic shutdown.

With top men's stars questioning the wisdom of the staging the event, the USTA said the tournament will be held August 31 to September 13 without spectators at New York's National Tennis Center, which in April became a temporary hospital facility to combat the coronavirus pandemic.

"I really can't wait to return to the US Open 2020," Serena Williams said in a video message. "I think the USTA is going to do a really good job of ensuring everyone is going to be safe.