Serena Williams Ruled Out of Madrid Open With Flu

With the world's dominant player Serena Williams missing for so much of the season, 16 different women have already lifted WTA titles this year with Sloane Stephens, Victoria Azarenka and Angelique Kerber the only multiple winners. 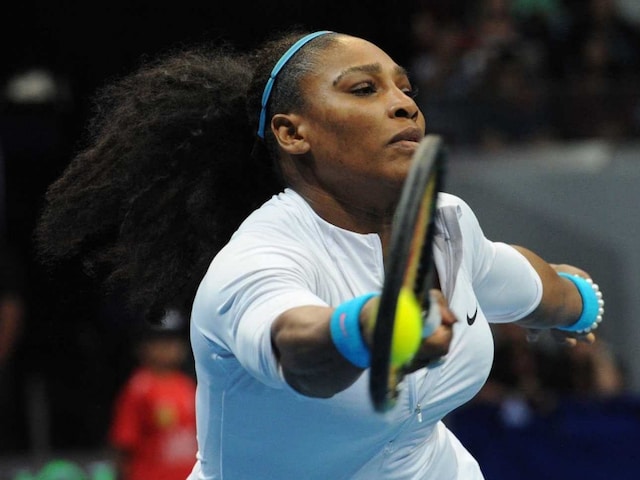 Serena Williams has been ruled out of the Madrid Open as she is down with Flu.© AFP

In the absence of World No.1 Serena Williams, who withdrew from the tournament on Friday after suffering with flu, a whole host of players will be targeting victory at the WTA Madrid Open.

Williams has played just three tournaments all season, losing in the final of the Australian Open and at Indian Wells.

With the world's dominant player missing for so much of the season, 16 different women have already lifted WTA titles this year, with Sloane Stephens, Victoria Azarenka and Angelique Kerber the only multiple winners.

That makes it hard to pick a winner for the tournament that starts this weekend, with Poland's Agnieszka Radwanska now the top seed, while five-time Grand Slam champion Maria Sharapova is still in the wilderness after failing a drugs test at Melbourne Park in January.

Williams's conqueror at the Australian Open, Kerber, is in fine form after backing up her first Grand Slam by retaining her title on the indoor clay of Stuttgart last week.

And the German is looking to build on her positive start to the European clay-court season in Madrid and Rome before the French Open next month.

"I know I can play well on clay," said Kerber. "This is the attitude I'll take to Paris."

The faster conditions than a normal clay surface in Madrid due to the slight altitude of the Spanish capital could help Kerber even more.

Two-time champion Petra Kvitova returns to defend her crown at the Caja Magica and strongly believes the conditions favour her style.

"One reason is that the altitude really helps the players who are playing fast and aggressively," the Czech told the tournament website.

"The balls really fly and I think that the players who are just pushing the ball don't really have a chance to finish the ball."

World number five Azarenka is the most in-form player on the Tour as the Belarusian arrives in Madrid on the back of a 14-match winning streak having won in Indian Wells and Miami, as well as helping her country relegate Russia in the World Group II in the Fed Cup earlier this month.

Azarenka has never won in Madrid, but does have a good track record as she reached the final in 2011 and 2012 and blew three match points against Williams in the last 16 last year before losing a final set tie-break.

Home hopes are carried by Garbine Muguruza as the world number four hopes to become the first Spanish woman to win the Madrid Open.

However, Muguruza has had a disappointing season so far as she has failed to make it beyond the quarter-finals in seven tournaments.

Comments
Topics mentioned in this article
Serena Williams Angelique Kerber Victoria Azarenka Sloane Stephens Tennis
Get the latest Cricket news, check out the India cricket schedule, Cricket live score . Like us on Facebook or follow us on Twitter for more sports updates. You can also download the NDTV Cricket app for Android or iOS.