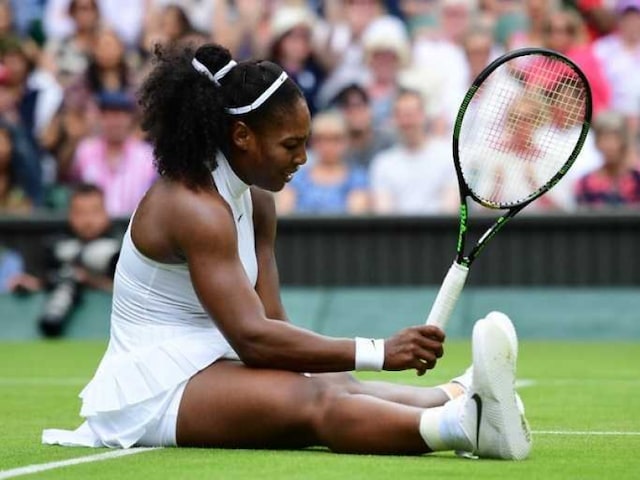 Serena Williams retracted her threat to sue Wimbledon over the dangerous wet grass that sent the world number one tumbling during her fourth round win against Svetlana Kuznetsova.

Concerned about a painful slip as light rain fell on Centre Court, Williams was reported to have told umpire Marija Cicak 'I'm going to fall. I don't get it. Can't they just close the roof? If I get hurt, I'm suing'.

A ball boy also fell as he ran across the court and, following the world number one's complaint, both players went back to the locker room while the roof was closed.

Serena returned to win all eight games under the retractable cover, but when the 21-time major winner was quizzed about her legal threat in the post-match press conference, she was quick to back down.

"I was in the moment. I was on the court. What I say on the court, whether it's smashing my racquets, it's in the heat of the moment," she said.

"I'm not answering any more questions about that, nor will I want anyone reporting that either. That's just completely absurd and wrong."

Williams' complaints once again highlighted the issue of player safety at Wimbledon after France's Gilles Simon also threatened to sue when he was forced to play on during rain in his 6-3, 7-6 (7/1), 3-6, 6-4 loss to Grigor Dimitrov last week.

Comments
Topics mentioned in this article
Serena Williams Svetlana Kuznetsova Tennis
Get the latest Cricket news, check out the India cricket schedule, Cricket live score . Like us on Facebook or follow us on Twitter for more sports updates. You can also download the NDTV Cricket app for Android or iOS.