Serena Williams Powers to Wimbledon Final, One Win Away From Slam No.22

Serena Williams needed just 48 minutes to overwhelm Elena Vesnina 6-2, 6-0 on Thursday in a semifinal that felt more like a training session. 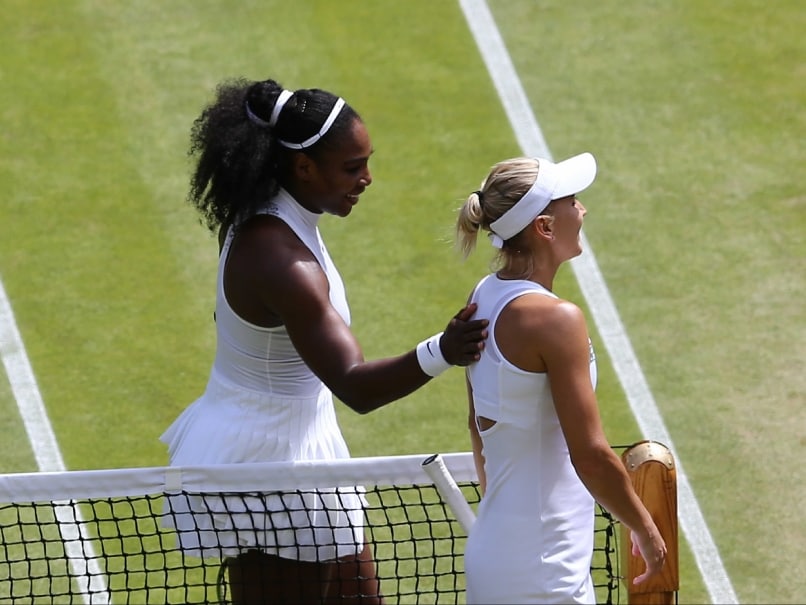 Serena Williams is once again one victory from her record-equalling 22nd Grand Slam title after powering her way into the Wimbledon final.

In control from start to finish, Williams needed all of 48 minutes to overwhelm Elena Vesnina 6-2, 6-0 on Thursday in a semifinal that felt more like a training session.

Except Williams probably gets more of a workout when she practices.

"It's never easy out there," the No. 1-seeded Williams said in an interview with the BBC after leaving Centre Court.

Williams' serve was in fine form, reaching 123 mph and producing 11 aces against the 50th-ranked Vesnina, who was participating in her first major semifinal and trying to become the first unseeded woman to reach the title match at the All England Club in the Open era.

Williams won 28 of 31 points that she served, including the last 17. She compiled a 28-9 edge in total winners.

Since winning her sixth Wimbledon trophy a year ago to raise her career count to 21 majors, Williams has come quite close to tying Steffi Graf with 22, the most in the Open era, which began in 1968 (Margaret Court holds the all-time mark of 24). But Williams was surprisingly beaten by Roberta Vinci in the U.S. Open semifinals last September, by Angelique Kerber in the Australian Open final this January, and by Garbine Muguruza in the French Open final last month.

Now Williams has given herself yet another chance to catch Graf.

"Obviously, I'm 0 for 2, so determined to get at least one this year," Williams said.

She never gave Vesnina a chance to pull off the sort of semifinal stunner that Vinci did last year in New York, stopping Williams from completing the first calendar-year Grand Slam since Graf did it in 1988.

"Just an exhibition performance"@serenawilliams celebrates one of her most impressive results at #Wimbledon https://t.co/Ulpm3UCSWA

Jumping out to a big lead right away and never relenting, the 34-year-old Williams had Vesnina looking defeated after all of 12 points. That's when, after sprinting for a forehand that landed in the net, the Russian leaned over, sighed and slumped her shoulders.

There would be plenty more of that sort of body language from Vesnina, a two-time Wimbledon runner-up in doubles who was to face Serena and her older sister Venus in the quarterfinals of that event later in the day.

In the second singles semifinal Thursday, the eighth-seeded Venus was to face Kerber, a German who is seeded No. 4.

This is the 11th Grand Slam tournament at which both Williams siblings reached the semifinals; one or the other wound up with the title on each of the previous 10 occasions. That includes four past meetings in the Wimbledon final.

The 36-year-old Venus is the oldest Grand Slam semifinalist since Martina Navratilova made the 1994 Wimbledon final at age 37.

If Venus could beat Kerber, Serena said, "It would be great. Then we would be guaranteed to have a Williams on the trophy. That's the ultimate goal for, I think, both of us."

Comments
Topics mentioned in this article
Serena Williams Elena Vesnina Tennis
Get the latest updates on IPL 2020, check out the IPL Schedule for 2020 and Indian Premier League (IPL) Cricket live score . Like us on Facebook or follow us on Twitter for more sports updates. You can also download the NDTV Cricket app for Android or iOS.