Serena Williams suffered a shock defeat at the hands of Svetlana Kuznetsova while Andy Murray went down to Grigor Dimitrov. 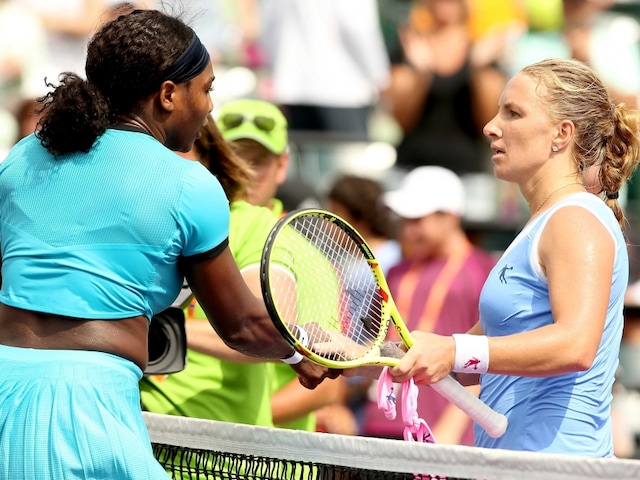 Serena Williams (left) was seeking her ninth Miami crown but instead matched her earliest-ever exit from 2000 with a fourth-round departure.© AFP

World number one and three-time defending champion Serena Williams and second-ranked Andy Murray both crashed out of the ATP and WTA Miami Open on a Monday filled with upsets. (Roger Federer Withdraws From Miami Open)

Williams and Murray each made 55 unforced errors, fading in the third set when it mattered most.

"I don't think it's appropriate to criticise my movement right now," Williams said. "I did the best I could. I can't win every match. These players come out and give their best. I have to give 300 percent every match."

The 34-year-old American was seeking her ninth Miami crown but instead matched her earliest-ever exit from 2000 with a fourth-round departure.

"It's obviously disappointing, but I have won here a lot, so it's OK," Williams said. 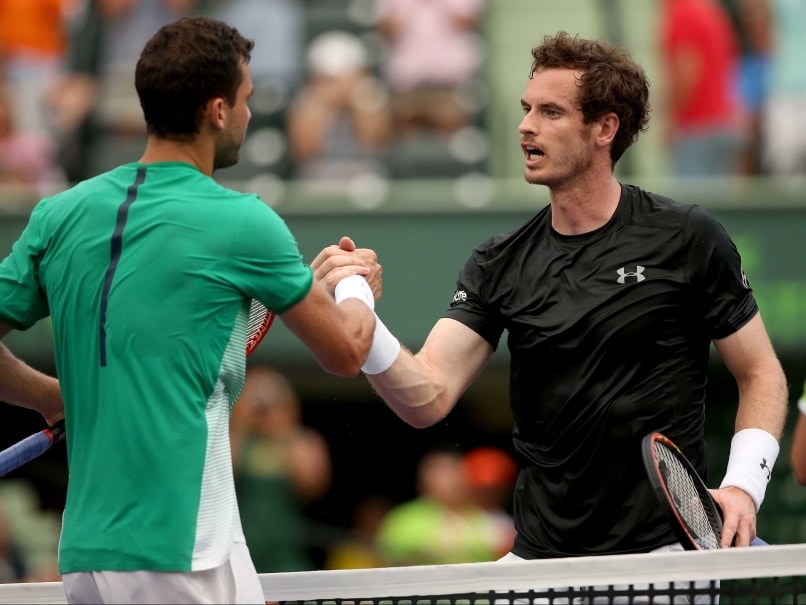 Two-time Grand Slam champion Murray failed in his bid for a third Miami trophy and fourth final in five seasons.

The 28-year-old Scotsman dominated the tie-breaker but fell behind 4-0 in the second set and stumbled after leading in the third, swatting a forehand long on match point to fall after two hours and 24 minutes.

"It's not like I came out and played awful stuff the whole time," Murray said. "When you get your chances you have to put your foot down."

Williams, who said she was physically fine and not affected by the heat and humidity, arrived having lost back-to-back finals for the first time since 2004, falling to Germany's Angelique Kerber at the Australian Open and Belarus' Victoria Azarenka at Indian Wells.

"She struggled a little bit losing the final of the Australian Open, but she is still number one in the world," Kuznetsova said. "I don't see much to be depressed about."

But intensity only increases as Williams prepares to defend French Open and Wimbledon crowns in the next few months.

Comments
Topics mentioned in this article
Serena Williams Andy Murray Svetlana Kuznetsova Grigor Dimitrov Tennis
Get the latest updates on IPL 2020, check out the IPL Schedule for 2020 and Indian Premier League (IPL) Cricket live score . Like us on Facebook or follow us on Twitter for more sports updates. You can also download the NDTV Cricket app for Android or iOS.