Former world No.1 doubles player, Su-Wei Hsieh recently beat Sania Mirza in the women's doubles semifinals along with her Taipei partner Chan Yung-Jan at the Asian Games in South Korea. 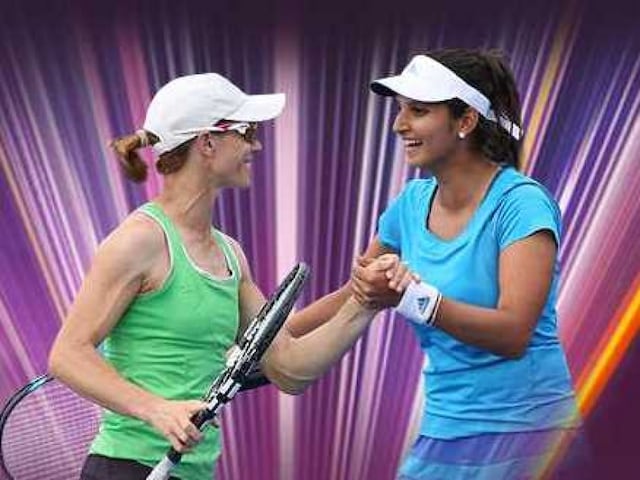 Sania recently won the Tokyo Open with Black and the pair will also compete in the Beijing Open doubles event this week.© NDTV

Indian tennis star Sania Mirza will partner Chinese Taipei's Su-Wei Hsieh in women's doubles next year, bringing an end to her rather successful partnership with Zimbabwean Cara Black, according to media reports.

Interestingly, former world no.1 in doubles, Hsieh had been playing with Shuai Peng of China this season but the pair split right after the US Open although they were still second in the WTA Race to Singapore standings. Hsieh recently beat Sania in the women's doubles semifinals along with her Taipei partner Chan Yung-Jan at the Asian Games in South Korea.

Sania was playing with India's Prarthana Thombare in the Incheon Games. Hsieh and Chan went on to win the gold medal for Taipei in the Asian Games doubles event while Sania had to settle for bronze.

Sania has also booked her place in the year-end WTA doubles finals for the first time on the basis of some solid performances with Black in 2014. Sania recently won the Tokyo Open with Black during the Asian swing and the pair will also compete in the Beijing Open doubles event this week.

It will be interesting to see if the Indian tennis queen can better her career-best ranking of world No.5 in doubles when she plays with the veteran Hsieh next season.

Comments
Topics mentioned in this article
Sania Mirza Cara Black Su-Wei Hsieh Tennis
Get the latest Cricket news, check out the India cricket schedule, Cricket live score . Like us on Facebook or follow us on Twitter for more sports updates. You can also download the NDTV Cricket app for Android or iOS.