Sania Mirza Misses The Feeling of Winning After String of Losses

Sania Mirza along with Ivan Dodig lost to Leander Paes and Martina Hingis in the mixed doubles final of the French Open. She along with Hingis lost in the quarter-finals of women's doubles at Roland Garros 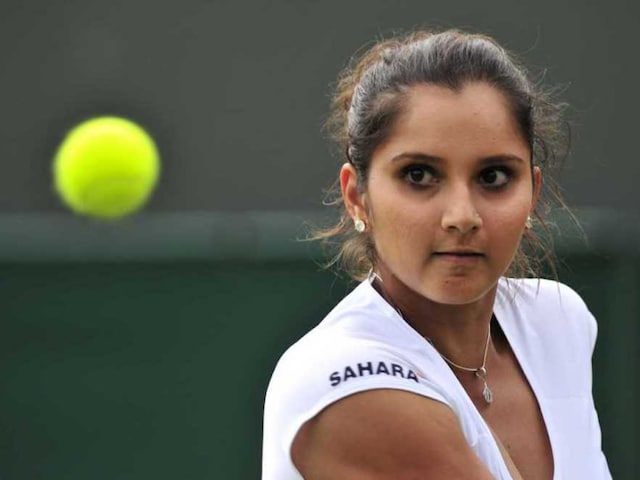 Sania Mirza has developed an amazing chemistry on court with both Martina Hingis in the women's doubles and with Ivan Dodig in the mixed doubles.© AFP

India's tennis star Sania Mirza said the love for tennis is her biggest motivation and that she missed the feeling of winning. The 29-year-old tennis player recently lost the French Open mixed doubles final to Leander Paes and Martina Hingis. She also lost in the women's doubles quarter-finals at Roland Garros as well.

Here are the excerpts from her interview to IANS:

Sania Mirza has developed an amazing chemistry on court with both Martina Hingis in the women's doubles with whom she won three Grand Slams and with Ivan Dodig in the mixed doubles with whom she has reached semi-finals and finals of their two Slams together. What does the Indian star attribute this to?

"Me and Martina started about 15 months back and we just clicked. Sometimes you play with people and you have to work on it. It takes time but fortunately for us we not only clicked immediately but kept the run going. It's been an unbelievable year and a half and we have had an amazing time on the court," Sania said in an interview here.

"We have also become good friends off the court. That chemistry helps us get through the tough situations on court as well."

"With Ivan (Dodig), we played a bit during the IPTL for the same team and became friends. It was by chance really. We just decided to play together in Australia and played pretty well. He's got a great serve and plays pretty well from the back. So we complement each other."

It is notable that Sania has already been playing for 13 years on the Women's Tennis Association (WTA) tour in singles and doubles, reaching a career high of No.27 in singles before retiring in 2013 due to a wrist injury to focus on doubles.

What is the motivation for her to keep on playing?

"The biggest motivation when I started playing was my love for tennis. My parents played an important role. Today it's only because I love competing. I love the sport. I miss the feeling of winning. That's what we were born to do. I love being out here and travelling the world. It is hard work but we have a blessed life," she said.

Sania has received numerous awards including the Padma Bhushan, the Padma Shri, the Rajiv Gandhi Khel Ratna and the Arjuna award. How does she feel being given such recognition?

"It is a huge honour for me. Like when I got the Khel Ratna, I flew back from America just for three days to receive the award. Also, the Padma Bhushan award means you are recognised by your whole country, your government and it's the biggest honour living in our country as a person we can have. I feel extremely privileged and honoured to receive these awards. This is something that motivates us, inspires us to work harder and try and achieve more glory for the country."

Sania has already been ranked No.1 for just over a year now and has won three Grand slams in women's doubles and three in mixed doubles event over the course of her career. What are her goals for the season and career?

"To stay No.1 as long as possible. That's what we play tennis for. Very few are fortunate enough to get there. I feel blessed to be in this position. Our goal is to win every tournament we play but trying to win a Slam is very important to us."

For Indian fans, that would likely be the goal too.

Comments
Topics mentioned in this article
Sania Mirza Martina Hingis Ivan Dodig Tennis
Get the latest Cricket news, check out the India cricket schedule, Cricket live score . Like us on Facebook or follow us on Twitter for more sports updates. You can also download the NDTV Cricket app for Android or iOS.