Sania and Hradecka, who had received a wild card for the tournament, claimed a 7-5 6-3 win over the Japanese-Serbian combination in the quarterfinals of the WTA 500 tournament. 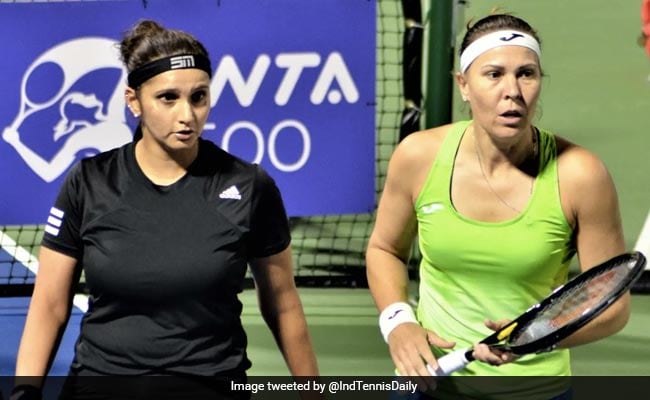 Indian tennis star Sania Mirza and her Czech partner Lucie Hradecka progressed to the semifinals of the Dubai Tennis Championships with a straight set win over Japan's Shuko Aoyama and Aleksandra Krunic of Serbia here on Thursday.

Sania and Hradecka, who had received a wild card for the tournament, claimed a 7-5 6-3 win over the Japanese-Serbian combination in the quarterfinals of the WTA 500 tournament.

The Indo-Czech pair will face the winner of the match between top seeds Japan's Ena Shibahara and China's Shuai Zhang and Ukraine's Lyudmyla Kichenok and Jelena Ostapenko of Latvia.

Sania is a past winner here, having lifted the title in 2013 with USA's Bethanie Mattek-Sands.

The 35-year-old, who is India's most accomplished woman tennis player, having won six Grand Slam titles, including three mixed doubles trophies, had earlier announced that 2022 would be her last season.