Sharan, who has won 19 ITF Futures titles, 13 Challenger trophies, and three ATP Tour titles, said now he has the "belief that he can win a Grand Slam". 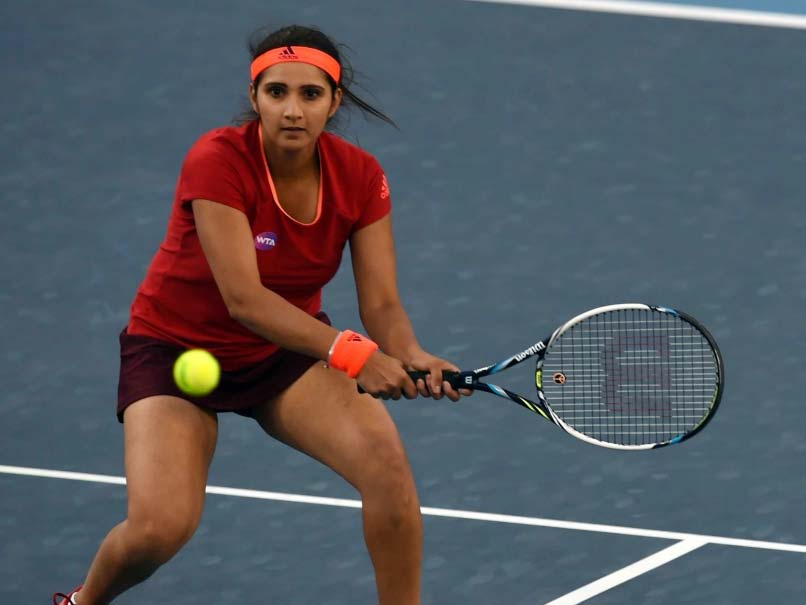 Sania Mirza dropped out of top 10 for the first time since March 2014.© AFP

A consistent Divij Sharan broke into the top 50 for a career-high ranking while Sania Mirza dropped out of top 10 for the first time since March 2014 as per the latest ATP and WTA charts released on Monday. The left-handed Sharan reached the final of the last three tournaments he participated in, winning the ATP 250 European Open while ending runner-up at Challenger events in Brest and Tashkent with different partners. He is ranked exactly 50th after gaining a place. The 31-year-old Delhi player did not let his split with long-time partner Purav Raja affect him as he consistently did well on the Tour despite not having a stable partnership.

"I made my first ATP point in 2003. It's been a long and exciting journey since then. There has been a lot of hard-work, sacrifices, experiences, travel, decisions, ups and downs but most importantly I am grateful for the opportunity to do what I love doing the most which is playing tennis," Sharan told PTI from Bratislava in Slovakia.

Sharan, who has won 19 ITF Futures titles, 13 Challenger trophies, and three ATP Tour titles, said now he has the "belief that he can win a Grand Slam".

"The guys to whom we are losing close matches are the ones who are winning Slams. We have beaten them too sometimes, so I feel I am up there and can win a Grand Slam," he said.

"I have been employed by Indian Oil since 2004 and their support has been massive through most of my career. Head and Adidas have also been providing my racquets and kit for the last four years," he added. Sharan said his next goal is to make the top 30 so that he can play the ATP 1000s, the Master series events.

"It's good motivation and encouragement," Sharan, who reached pre-quarterfinals of the French Open this year, said.

Also making good progress in the doubles is Vishnu Vardhan, who jumped 16 places to touch his career-best ranking of 118. Vardhan and his partner N Sriram Balaji (139) had won the Shenzhen Challenger on Saturday to earn 90 ranking points each.

In the WTA charts, Ankita Raina is India's top-ranked player at number 281 and is followed by Karman Kaur Thandi (307) and Pranjala Yadlapalli (483). In the doubles, Sania was placed at number 12 following a loss of three places.

The Hyderabadi was world number one in doubles through the entire 2016 season. Her slide started this season, which she began as number one but could not qualify for the year-end WTA Finale, where top-eight pairs and top-eight singles players compete.

Comments
Topics mentioned in this article
Sania Mirza Divij Sharan Tennis
Get the latest updates on IPL 2021, IPL Points Table , IPL Schedule 2021 , live score . Like us on Facebook or follow us on Twitter for more sports updates. You can also download the NDTV Cricket app for Android or iOS.