Russian world number 12 tennis star Daria Kasatkina criticised her country's attitude towards homosexuality in a video published on Monday as she announced she was a lesbian. 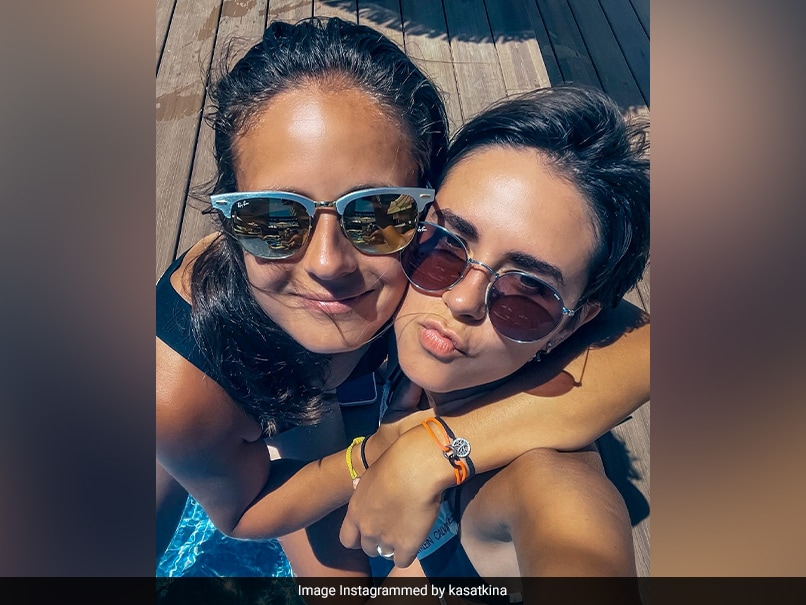 Russian world number 12 Daria Kasatkina criticised her country's attitude towards homosexuality in a video published on Monday as she announced she was a lesbian. The 25-year-old's comments come after Russian deputies proposed on Monday a new law which would ban information on all non-traditional sexual relationships in the public sphere. Broadcasting homosexual "propaganda" to youngsters has been banned in the country since 2013.

"There are many subjects that are even more important than it that are banned, so it's no surprise," she told Vitya Kravchenko's YouTube channel.

"Living in the closet as they say is pointless.

"Until you choose to come out. Of course it's up to you how to do it and how much to tell.

"Living in peace with yourself is the only thing that matters," she added.

"My respect. I was happy for her, but also other people, especially girls needed to know that," Kasatkina said.

"It is important for young people who have a hard time with society and need support.

"I believe it's important that influential people from sports, and any other sphere speak about it. It really helps," she added.

Hours after the video was published, Kasatkina shared a photo of herself hugging another woman on her Instagram page with a purple heart emoji.

Comments
Topics mentioned in this article
Daria Kasatkina Tennis
Get the latest updates on ICC T20 Worldcup 2022 and CWG 2022 check out the Schedule, Live Score and Medals Tally. Like us on Facebook or follow us on Twitter for more sports updates. You can also download the NDTV Cricket app for Android or iOS.