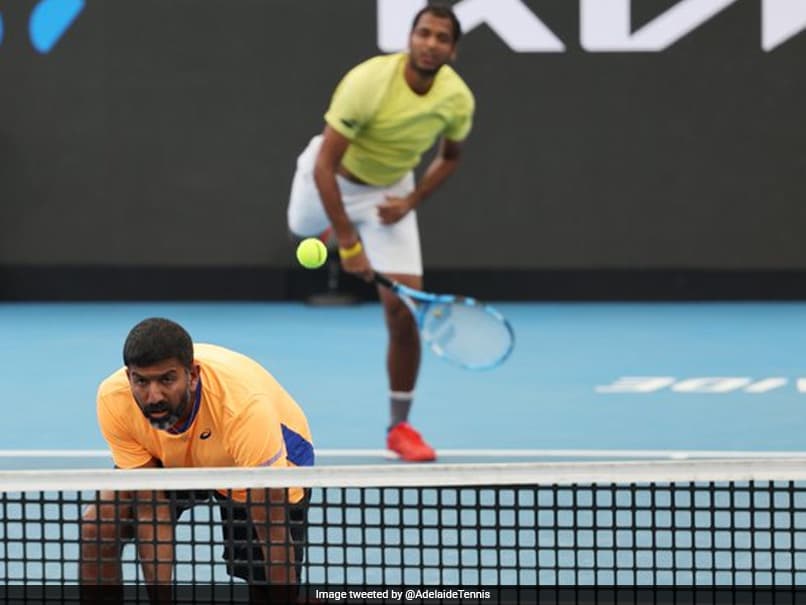 The Indian pair defeated Dodig and Melo in straight sets to win the tournament.© Twitter

The first set was closely contested and Bopanna and Ramanathan had to dig deep to find the best in themselves. In the end, the Indian duo stuck it out and registered a thrilling 7-6 win in the first set.

Bopanna and Ramanathan continued with their momentum, and the duo breezed to a easy win in the second set, winning the tournament in some style.

Earlier, Bopanna and Ramanathan had outclassed fourth seeds Tomislav Brkic and Santiago Gonzalez in straight sets to reach the final of the competition.

The unseeded Indian duo defeated the Bosnian-Mexican duo 6-2 6-4 in the doubles semifinals.

Comments
Topics mentioned in this article
Rohan Bopanna Ramkumar Ramanathan Ivan Dodig Marcelo Melo Tennis
Get the latest updates on ICC Women's Cricket World Cup 2022 and IPL 2022, check out the Schedule , Live Score and IPL Points Table. Like us on Facebook or follow us on Twitter for more sports updates. You can also download the NDTV Cricket app for Android or iOS.