The unseeded Indo-Uruguayan pair fought hard to defeat the Spanish seventh-seeded team of Feliciano and Mark Lopez 6-3, 3-6, 10-4 and win their first ATP final together 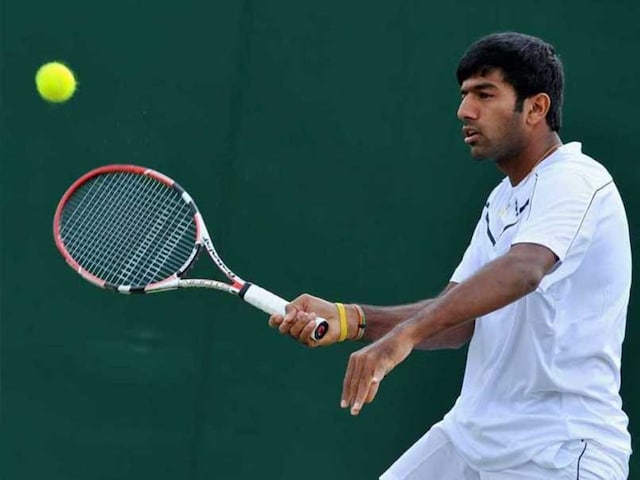 Rohan Bopanna and Pablo Cuevas needed 74 minutes to pocket their maiden ATP Masters title as a pair on Sunday. The unseeded Indo-Uruguayan pair, who came together at the start of the season, fought hard to defeat the Spanish seventh-seeded team of Feliciano and Mark Lopez, last year's French Open winners, 6-3, 3-6, 10-4 and win the Monte Carlo Masters in their first ATP final together. Rohan Bopanna and Pablo Cuevas earned 1,000 points and will share €253,950 in prize money for their efforts.

Bopanna and Cuevas have had a great run with wins over fifth seeds Raven Klassen-Rajeev Ram in the second round, before stunning top seeds and reigning Australian Open champions Henri Kontinen and John Peers in the quarters. They reached the final with a straight sets win over Romain Arneodo of Monaco and Hugo Nys of France.

This victory gives Bopanna his fourth Masters victory, his first since 2015 in Madrid, and 16th over all ATP title. This win gives Cuevas his second Masters title, the first coming in 2015 in Rome.

"I'm really happy to win our first title together," said Bopanna after the win. "I've come to Monte-Carlo so many years, it's such a historic tournament. We had a tough start to the season, but it's great to have won. We came through some close Match tie-breaks this week and it's a good start to the clay season. I'm looking forward to the rest of the tournaments."

Comments
Topics mentioned in this article
Rohan Bopanna Pablo Cuevas Tennis Marc Lopez Feliciano Lopez
Get the latest Cricket news, check out the India cricket schedule, Cricket live score . Like us on Facebook or follow us on Twitter for more sports updates. You can also download the NDTV Cricket app for Android or iOS.