Roger Federer beat Stefanos Tsitsipas at the Dubai Championships on Saturday to win the 100th title of his career. 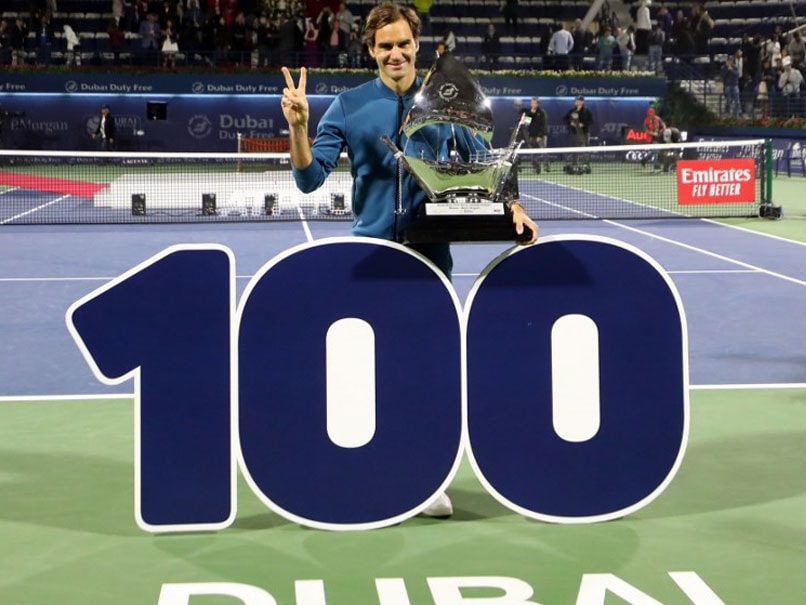 Roger Federer wrote another "special" page of history as he defeated Stefanos Tsitsipas 6-4, 6-4 on Saturday at the Dubai Championships to win the 100th title of his career. The 20-time Grand Slam winner claimed a record eighth trophy at the Aviation Club. The Swiss second seed was untouchable throughout much of the 69-minute final as he gained revenge for his fourth-round Australian Open defeat by the 11th-ranked Greek youngster. "It's so special to win my eighth here combined with 100," Federer said. "I had tough opponents all the way through -- right up to Stefanos today.

"He's already having a great career, the game is in good hands."

Federer joins Jimmy Connors (109) as the only other man to have won 100 titles.

His 99th trophy came last October at his home event in Basel.

He missed out on his century at the Paris Masters, the ATP Finals and the Australian Open.

Federer had to work hard this week, winning in three sets over Philipp Kohlschreiber and Fernando Verdasco.

Tsitsipas saw the end of an eight-match winning streak as he arrived in the Gulf with the Marseille title from last weekend.

Federer broke in the opening game of the final, but had to battle to claim the opening set.

In the second, a break in the penultimate game for 5-4 and a service hold a game later were enough as Tsitsipas put a forehand into the net.

Comments
Topics mentioned in this article
Roger Federer Tennis
Get the latest updates on Olympics 2020, Olympics 2020 Medal Tally , Live Cricket Score . Like us on Facebook or follow us on Twitter for more sports updates. You can also download the NDTV Cricket app for Android or iOS.