Roger Federer will have been buoyed by his performance against Novak Djokovic in the semi-final of the Paris Masters last week but he still lost the match. 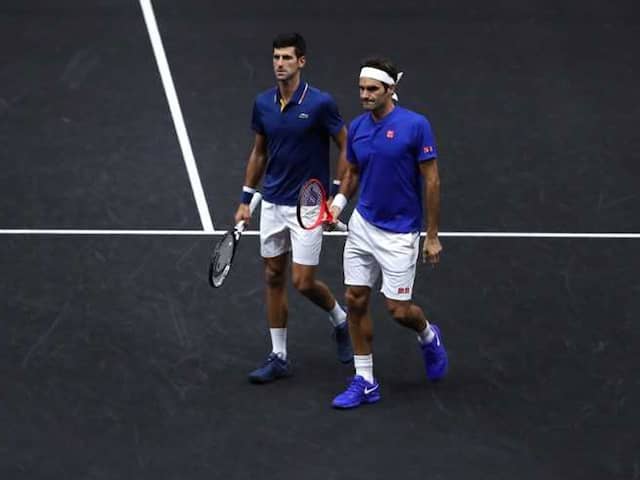 Roger Federer is aiming to complete a century of titles at the ATP Finals but will likely have to find a way past the irrepressible Novak Djokovic, who is looking to round off his astonishing season in style. The two men, with 34 Grand Slams between them, are the twin titans at the season-ending event at London's O2 arena. But the tournament, which starts on Sunday, lacks an element of star power without the injured Rafael Nadal and Juan Martin del Potro, both of whom were forced to pull out of the season finale.

The title is contested by the eight players who have accumulated the most ranking points over the season and is in a round-robin format, with the best four players reaching the knockout semi-finals stage.

After a stunning 2017 season which saw the Swiss capture seven titles, including Grand Slam crowns at the Australian Open and Wimbledon, Federer was clear that his 2018 season has been a success despite a mixed run of results in recent months.

The 37-year-old has won a record six titles at the ATP Finals -- including two in London -- but has not lifted the trophy since 2011.

"I don't think it matters really where I win my 100th as long as it's going to happen at one point," said Federer,who has 99 titles in his illustrious career.

"I love playing this event. I always have, ever since I qualified for the very first time back in 2002."

Federer will have been buoyed by his battling performance against Djokovic in the semi-final of the Paris Masters last week but he still lost the match -- his fourth consecutive defeat against Djokovic, with the Serb now leading their head-to-head 25-22.

Djokovic has made an incredible comeback following elbow surgery early in the year, overcoming indifferent form to win Wimbledon and the US Open and haul himself back to the number one spot.

The 31-year-old, who slipped to 22nd in the world in May, admitted that after his surgery it looked improbable that he would finish the year as number one.

"But there was always part of me that believed I could make it back and I never thought it was impossible," he said. "I just thought at the time it might take more time than I wished it to be."

"It turned to out to be a perfect five months of the year, with two Grand Slam titles," he added.

Nadal this week pulled out of the tournament in London -- guaranteeing Djokovic will end the season as the world number one.

That followed the injury withdrawal of Del Potro, who reached a career-high ranking of third this season and reached the final of the London event in 2009.

Zverev, 21, has been touted about as one of the leaders of the new generation and has won three Masters titles in his short career but he has flattered to deceive at the Grand Slams.

Cilic, Anderson, Nishikori and Thiem are all Grand Slam finalists.

But it is difficult to see anybody other than Federer or Djokovic prevailing.