Roger Federer Knocked Out by Jo-Wilfried Tsonga in Monte Carlo

Roger Federer back in action this week after a 10-week layoff, started brightly as he breezed through the opening set. But Jo-Wilfried Tsonga fought back to to register a stunning win. 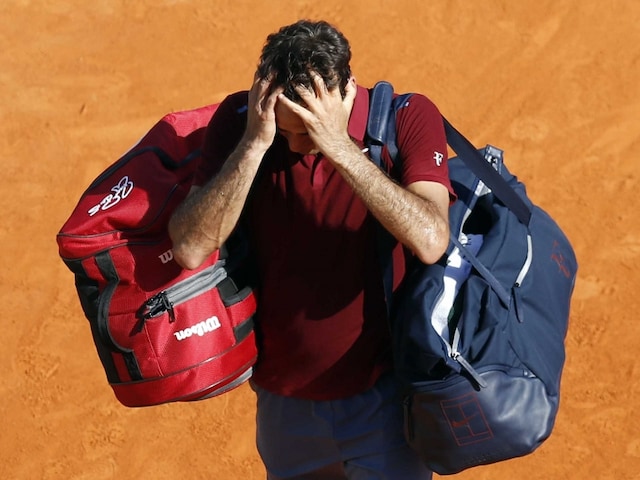 Roger Federer was knocked out of the Monte Carlo Masters when he slumped to a 3-6 6-2 7-5 defeat by local favourite Jo-Wilfried Tsonga in the quarter-finals on Friday. (Andy Murray Dumps Injured Milos Raonic to Set up Monte Carlo Semi-Final With Rafael Nadal)

The Swiss third seed, back in action this week after a 10-week layoff, started brightly as he breezed through the opening set but Tsonga, targeting Federer's forehand, played tighter and levelled with a strong display in the second.

The Frenchman broke in the 11th game of the decider with a passing shot winner and he closed it out on serve on his first match point to set up a meeting with either compatriot Gael Monfils or Spain's Marcel Granollers.

Earlier, there were glimpses of the formidable Rafa Nadal as the eight-times champions swept aside French Open champion Stan Wawrinka 6-1 6-4. The Spaniard, who set a tournament record of 46 wins in a row in the principality from 2005 to 2013 when he finished runner-up, will take on Andy Murray for a place in the final.

World number two Andy Murray raced into last four with a 6-2 6-0 demolition of Canadian Milos Raonic. Opening proceedings on centre court, the Briton, who struggled in the previous round, was never bothered by 10th seed Raonic in a one-sided match.

Murray, who hit 19 winners and did not face single break point, was beaten twice by Nadal in the semi-finals of the first claycourt Masters of the season. The fifth-seeded Nadal, who broke decisively in the ninth game of the second set, has yet to win a title this year. "It's exactly what I need, it's what I'm looking for, it gives me confidence," Nadal said.

Comments
Topics mentioned in this article
Roger Federer Jo-Wilfried Tsonga Tennis
Get the latest updates on IPL 2020, check out the IPL Schedule for 2020 and Indian Premier League (IPL) Cricket live score . Like us on Facebook or follow us on Twitter for more sports updates. You can also download the NDTV Cricket app for Android or iOS.