Richard Gasquet advanced to the quarter-finals of the Winston-Salem Open while Fernando Verdasco also made smooth progress. 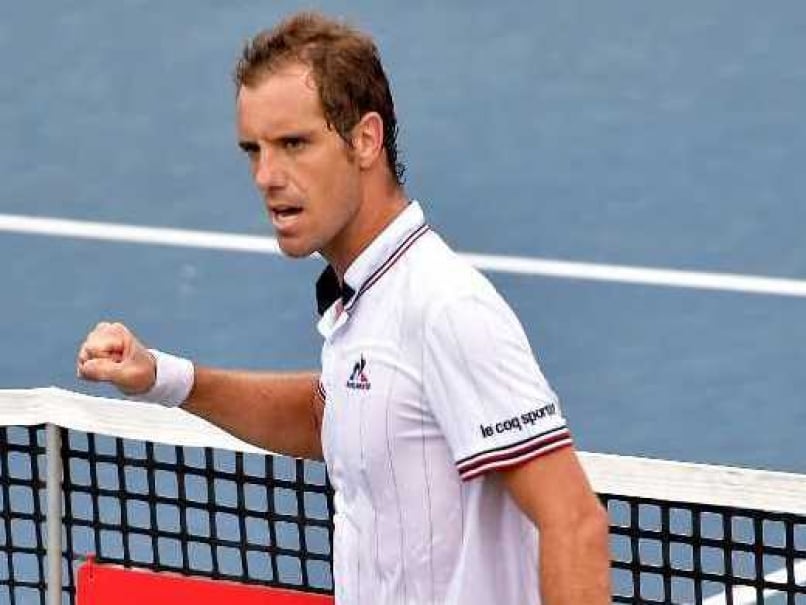 Richard Gasquet, who is the top seed in the Winston-Salem Open, entered the quarter-finals.© AFP

"I've known Stephane for a long time now, so I know how dangerous he can be," Gasquet said.

"He likes to play close to the baseline. We've practised together often, so I know his game and he knows mine. I didn't make many mistakes today, and that was the difference."

Gasquet will next face Australia's John Millman, who came from behind to win 5-7, 6-0, 6-3 against wild card Bjorn Fratangelo.

"Fortunately I played really well on game points and on break points," Lu said. "My serve was there when I needed it, and that helped me a lot today."

Next up for Lu will be number two seed Roberto Bautista Agut, of Spain, who defeated Cyprus' Marcos Baghdatis 4-6, 6-3, 6-1.

Andrey Kuznetsov of Russia advanced when Jiri Vesely of the Czech Republic retired at 5-5 in the first set.

Comments
Topics mentioned in this article
Richard Gasquet Tennis
Get the latest updates on Olympics 2020, Olympics 2020 Medal Tally, Live Cricket Score . Like us on Facebook or follow us on Twitter for more sports updates. You can also download the NDTV Cricket app for Android or iOS.