Rafael Nadal's dramatic 6-3, 6-4, 3-6, 4-6, 15-13 fourth round defeat against Luxembourg's 16th seed Muller was his fifth exit before the quarter-finals in his last five visits to the All England Club. 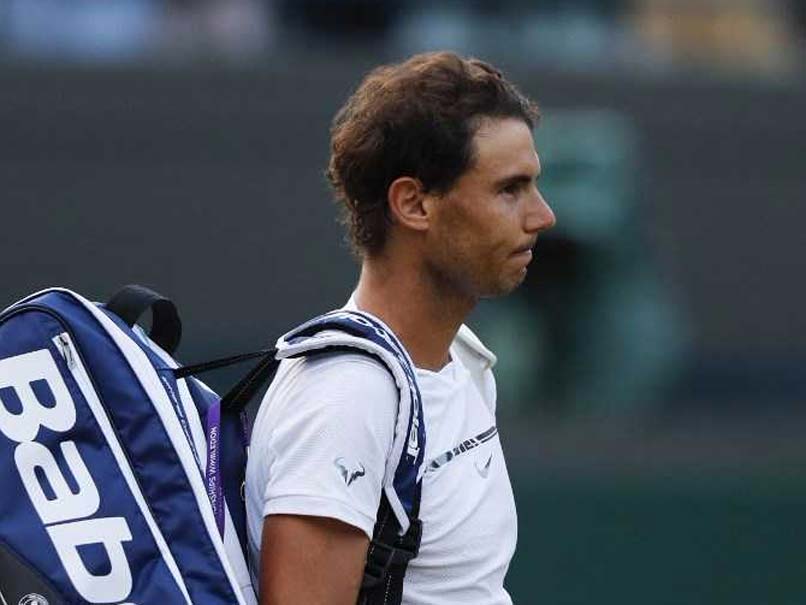 Rafael Nadal must have realised it wasn't going to be his day at Wimbledon when he bashed his head against a door frame performing a warm-up leap in the bowels of Court One as he prepared to face Gilles Muller on Monday. Almost five hours later, the great Spaniard was nursing a weighty dose of hurt pride as yet another Wimbledon campaign slipped away from him. His dramatic 6-3, 6-4, 3-6, 4-6, 15-13 fourth round defeat against Luxembourg's 16th seed Muller was his fifth exit before the quarter-finals in his last five visits to the All England Club.

It was a heartbreaking blow for Nadal who arrived at the tournament fresh from a record-setting 10th French Open title with genuine belief that he could capture a third Wimbledon title and a 16th career major.

Despite his disappointment, and what appeared a valedictory wave to all corners of the shell-shocked court, the 31-year-old insisted he will be back in 2018.

"I never said I am not going to come back. I want to come back because I want to play more times in the Centre Court," said Nadal.

Nadal feels he owes his fans a successful last hurrah at a tournament where he has also been runner-up on three occasions.

"Great feeling. Great atmosphere. I put everything on the court. I played with all my passion. The crowd normally appreciate that," said the 2008 and 2010 champion.

"Sorry for the crowd that were supporting me."

In a pulsating final set, which stretched to 95 minutes, Nadal saved two match points in 10th game and two more in the 20th.

In between, Muller had to fight off a break point in the 13th game and four more in the 19th.

Nadal was always chasing the score and he finally cracked in the 28th game of the decider when he went long with a return.

"I lost in the fourth round. That's not the result that I was expecting," added the Mallorcan who had reached the last-16 without dropping a set.

"So it is tough to analyse that in a positive way right now. I played better than other years, true. At the same time I was ready for important things, so I lost an opportunity."

It also came four years after his ranking nosedived to 366 in the world as he battled a potentially career-ending elbow injury.

"I've been able to play full seasons now for the last three or four years," he said.

"The last injury I had was probably the best thing that ever happened to me. Because I had problems with my elbow, I wasn't able to touch a racquet.

"I was able to work out physically, I got myself into the best shape I ever was. Since 2014 when I came back, I'm able to play full seasons without any breaks during the season.

"I have a lot of confidence in my body now, which I didn't do before."

(This story has not been edited by NDTV staff and is auto-generated from a syndicated feed.)
Comments
Topics mentioned in this article
Rafael Nadal Tennis Gilles Muller
Get the latest updates on ICC Women's Cricket World Cup 2022 and IPL 2022, check out the Schedule , Live Score and IPL Points Table. Like us on Facebook or follow us on Twitter for more sports updates. You can also download the NDTV Cricket app for Android or iOS.