Rafael Nadal, recovering from injury, confirmed that he will compete at the season-ending ATP Tour Finals in London from November 10-17. 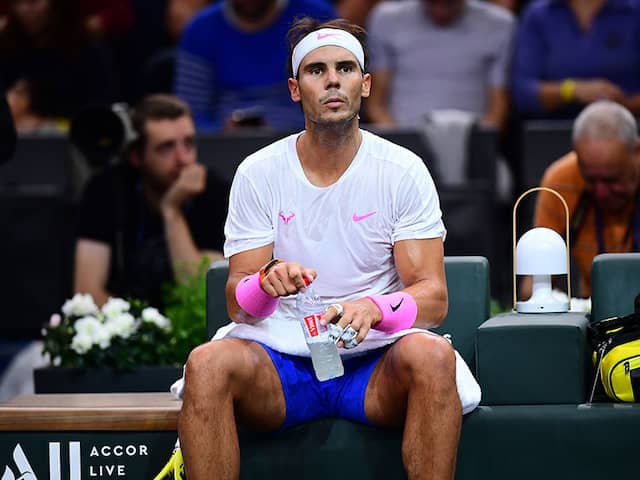 Rafael Nadal took over as world number one this week from Novak Djokovic.© AFP

World number one Rafael Nadal, recovering from injury, confirmed on Tuesday he will compete at the season-ending ATP Tour Finals in London from November 10-17. "Yesterday I had an MRI in Majorca and despite a slight strain to the left abdominal muscle I will go to London," tweeted Nadal, forced out of last week's Paris Masters by the same injury. "Thursday or Friday I will start hitting services. The idea is to play the ATP Finals. Thanks for your support." Nadal took over as world number one this week from Novak Djokovic who went on to win the Paris Masters.

The eight top-ranked players in the world gather in London for the ATP Tour Finals where Nadal's world number one ranking will be under threat from Djokovic.

The Serb would be sure of reclaiming the year-end top ranking should he win the tournament and Nadal fail to reach the semis.

If Nadal fails to win even one round robin match, Djokovic could be crowned world number one simply by reaching the final after two group-stage wins.