Rafael Nadal remained on course for his third ATP Mexico Open title by breezing past South Korea's Kwon Soon-woo 6-2, 6-1 in their quarter-final clash. 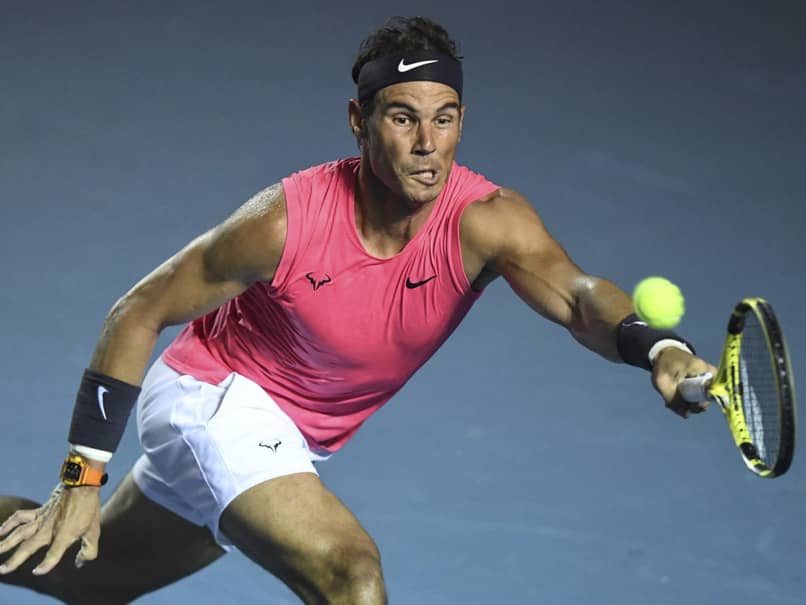 Rafael Nadal will take on Grigor Dimitrov in the semi-finals.© AFP

World No. 2 Rafael Nadal remained on course for his third ATP Mexico Open title by breezing past South Korea's Kwon Soon-woo 6-2, 6-1 in their quarter-final clash on Thursday. Top seed Nadal eased into the semi-finals with his best performance of the week as he continues to jackhammer his way through the men's singles draw at the hardcourt event in Acapulco, Mexico. The Spaniard finished the night with 25 winners to 11 unforced errors, and saved all eight break points he faced. "The match has been much tougher than what the result said. I think it was a beautiful match to see," Nadal said.

"It was a good match against a tough opponent. I think he's going to have a very good tennis career."

Next up for Nadal is Grigor Dimitrov, who ousted third seed Stan Wawrinka 6-4, 6-4 earlier in the day.

The 2014 champion Dimitrov ended a five-match losing streak against the Swiss Wawrinka. He has now won five of 12 career meetings between the two and improved to 11-2 overall at this tournament.

Nadal boosted his record to 18-2 overall at this event by winning in straight sets over Kwon, who kept the games close but didn't have much to show for it in the final scoreline.

Dimitrov, 28, improved to 7-4 this season and is through to his first semi-final of the year.

The Bulgarian will need to end another losing skid if he wants to reach the final in Acapulco because Nadal leads their career meetings by a whopping 12-1.

"Dimitrov finished last year much better than how he had played the rest of that year. He started to play some good tennis and is showing it here, winning some very good matches," Nadal said. "I'm going to need my best and I hope I'm ready to make it happen."

In the other semi-final, unseeded Taylor Fritz faces fifth seed John Isner in an all-American matchup.