Both Rafael Nadal and Serena Williams' coach Patrick Mouratoglou announced plans on Saturday to stage matches at their tennis academies. 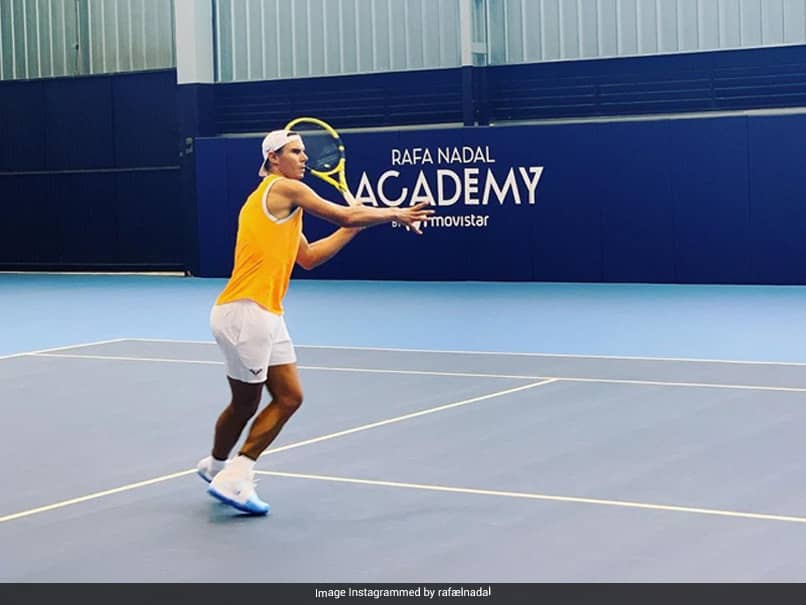 Rafael Nadal had originated the idea and that the academy had been in talks with ATP.© Instagram

Both Rafael Nadal and Serena Williams' coach Patrick Mouratoglou announced plans on Saturday to stage matches at their tennis academies. With top-level professional tennis shut down until at least July 13, both academies said they were examining the possibility of staging and broadcasting matches so fans could watch remotely. While the Rafael Nadal academy, based on the Spanish island of Mallorca, said on its website that it was in talks with the ATP on how to proceed, Mouratoglou released a statement unveiling a planned "league" of 50 matches at his academy near Nice in the south of France and talking of "millions of US dollars in prize money".

The Nadal Academy said it was considering becoming "a campus where elite players can reside, train and compete between themselves in matches that will be televised so that fans around the world can enjoy them."

It said Nadal had originated the idea and that the academy had been in talks with ATP chairman Andrea Gaudenzi.

"Right now tennis takes a back seat and the most important thing is everyone's health, but if in the coming months the Academy can be used to help other professional players, I'd be delighted if they could come to train and also to compete," Nadal said.

"I think that competing among ourselves would help us maintain our game for when the tour restarts."

The academy has hosted a Challenger Tour event, the Rafa Nadal Open, as well as other lower-ranked and junior tournaments.

Mouratoglou's statement said he was planning 10 closed-door matches to be broadcast live at his academy on each of five weekends under the title "Ultimate Tennis Showdown".

The competition will start on the weekend of May 16 with a match between world number 10 David Goffin and 20-year-old Australian Alexei Popyrin, who is training at the academy and whose father reportedly came up with the idea.

The lineup for later matches has yet to be decided.

The statement posted on social media said that the "UTS aims to reinvent the way tennis is usually experienced and consumed."

On-court coaching and video coaching would be allowed and, said the statement, fans watching remotely would be able to interact in real time with the players, listen to conversations between the players and their coaches.

Mouratoglou said that the competition will be "player-centric" could be "particularly beneficial to lower-ranked players."

The lockdown in France is scheduled to end on May 11, which means players will be able to travel, although mass events will still be banned, so no spectators would be allowed.

The Spanish government on Saturday proposed extending its lockdown until May 9.

Comments
Topics mentioned in this article
Rafael Nadal Serena Williams Tennis
Get the latest updates on India vs Australia Series, check out the India vs Australia Schedule for 2020-21 and Ind vs Aus live score . Like us on Facebook or follow us on Twitter for more sports updates. You can also download the NDTV Cricket app for Android or iOS.