In Break Point, Kevin Mitchell weaves around the evolution of modern tennis. He differentiates between the changing era of the sport and describes modern tennis as - "pugilism with racquets." 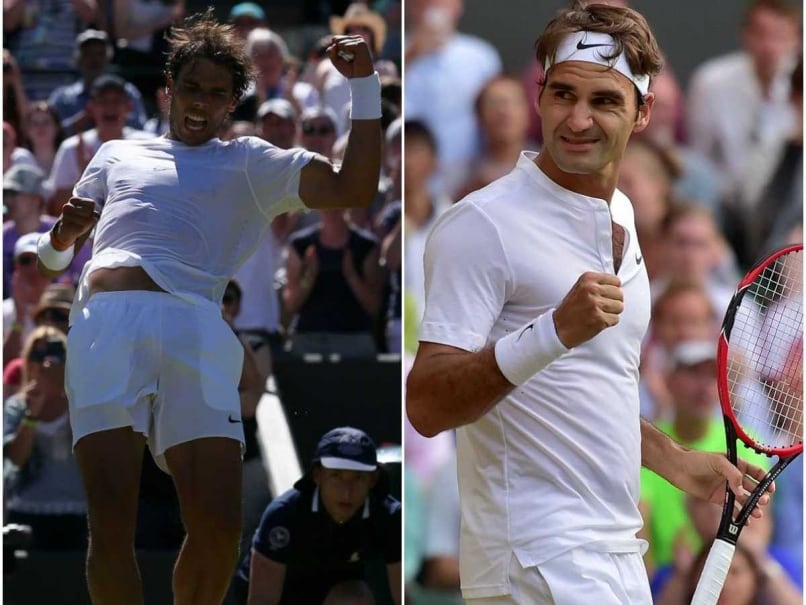 "If tennis tournaments were Shakespearean plays, the US Open surely could be regarded as The Tempest." - Kevin Mitchell's Break Point serves an ace right up-front in the first chapter itself.

Inside stories are often let downs. They promise you a lot and people expect 'inside' stories (and gossip) to help them get an up, close and personal image of their on-screen heroes but somehow, the behind-the-door scoops never live up to their billings. (Watson, the Computer, is the Tennis Genius)

Interestingly, Mitchell and Break Point don't disappoint at all.

The first thing that captures the reader's attention is the naming of the chapters -- The Tempest, Man or Superman, Pain is Good, A Feat of Clay -- it intrigues the reader to find out exactly what -- 'Sweat on a Wine Bottle' -- means. (How Spanish Tennis Went Into Meltdown)

Through the book, Mitchell takes a look the evolution of modern tennis. He differentiates between the changing era of the sport and remarks, "Tennis, a once decorous pastime in long trousers, is now a bare-fanged conflict with players wielding weapons like lightsabers from Star Wars."

He describes modern tennis as - "pugilism with racquets." (Siblings Forever, Rivals for Not Much Longer)

Describing evolution often tend to fall off the rails and digress in a tangent where the writer, in an endeavor to show-off his grasp of history of the game, takes a long-winded route.

Mitchell steers clear of that.

He successfully portrays the changes that the game has undergone but does so through his blockbuster cast of interviewees. He doesn't impose his opinions on the readers but justifies them by weaving through the words of the men who have been there and done it before.

Moreover, it's fun reading the contrasting views of the greats like Ivan Lendl and Boris Becker.

"The fitness, the training, the preparation and the understanding of the game have all changed since I played twenty years ago", says Lendl, "These guys are more complete players. There are few or no weaknesses in their games today."

Becker though, meets Lendl's views with a staggering down-the-line forehand. 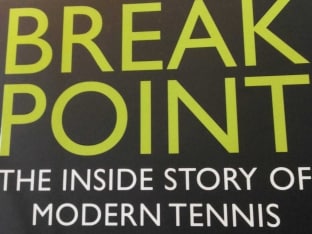 Break Point - the inside story of modern tennis

"Are you suggesting that we were not fit, that the players in the seventies and eighties didn't go to the edge?"

Great players never shake their past, they just loosen their belts, remarks the writer correctly.

Mitchell hinges Break Point around the Big Four of modern tennis -- Roger Federer, Rafael Nadal, Novak Djokovic and Andy Murray. He goes around the circuit trying to understand the dynamics of tennis in the current age based on these four ruling champions.

Apart from their skills with the racquet, Mitchell delves deep to unearth the DNA of their persona that sets them apart from the rest in the circuit.

He describes the calmness of Federer as an illusion. He says, apart from being a great technician with the racquet, Federer's biggest achievement has been in taming the 'beast' in him.

Over the years, the pony-tailed racquet-bashing Swiss has developed himself into a legend who gives the impression that - "he's in control of not only his own game but the one unfolding around him."

Nadal though, doesn't bother with the charade.

The writer describes the Spaniard as a man who hates to lose and is always in for a sweat-drenched fight. He's a man who loves a challenge and guts his way through it - "twitching and grimacing as if someone has put pepper in his pants."

According to Mitchell, Djokovic is the most controlled out of the Top Three. He compares the Serb to a machine who loathes weakness. He's measured but he's scary because the man under Becker's tutelage is - "like a coiled cobra, ready to spit venom for as long as it takes."

Although, Break Point revolves around all of the Big Four, it captures the life and struggles of Murray better than the others.

"Without arrogance, Murray always reckoned he was the equal of the game's trinity: Federer, Nadal and Djokovic."

The author got to know the Scottish tennis star well and was present court-side at both of Murray's Grand Slam triumphs. He states that even though Murray is largely seen as a 'choker' and serves up a notion that he's doesn't have what it takes to become a champion, the Scot is far from a 'miserable git'.

Adorned with lucid language, Break Point makes a good read. Although, the book could have felt better with a few more pictures, it nevertheless presents an interesting account of how the old guard of the game faced up to the challenges of the hungry new kids on-the-block.

Kevin Mitchell takes a peek inside the locker room and pokes the minds of the greats about their views on the Big Four forces in tennis. He keeps it simple and funny and with an admirable undertone of self-deprecation, Mitchell delivers a solid winner!

Comments
Topics mentioned in this article
Roger Federer Rafael Nadal Andy Murray Novak Djokovic Tennis
Get the latest updates on IPL 2021, IPL Points Table , IPL Schedule 2021 , live score . Like us on Facebook or follow us on Twitter for more sports updates. You can also download the NDTV Cricket app for Android or iOS.