Novak Djokovic stepped up his bid to hold all four Grand Slam titles simultaneously for the second time. 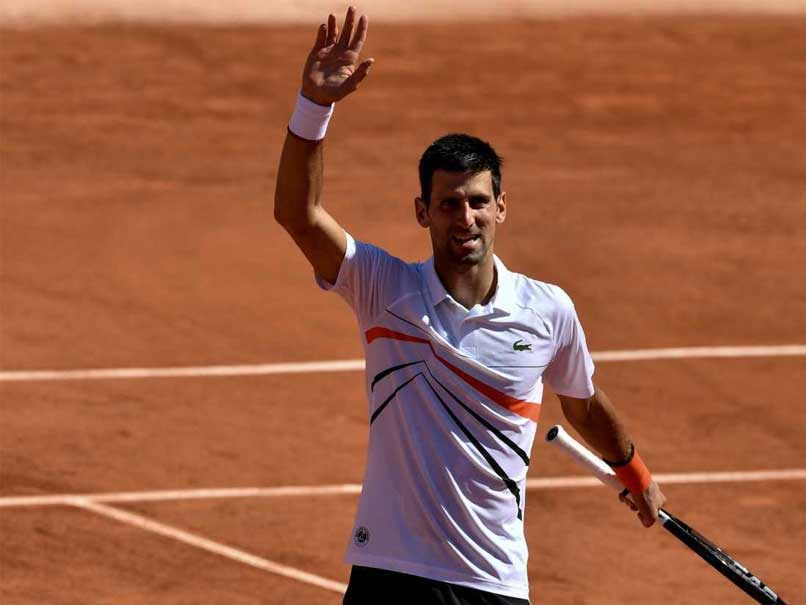 World number one Novak Djokovic eased into the last 16 at Roland Garros on Saturday to step up his bid to hold all four Grand Slam titles simultaneously for the second time. The Serbian saw off unseeded Italian Salvatore Caruso 6-3, 6-3, 6-2 to set up a fourth-round tie with either Germany's Jan-Lennard Struff or Croatian 13th seed Borna Coric. "Finally, I think I found my best form in the second set," said Djokovic, who is yet to drop a set in the tournament after straightforward wins over Hubert Hurkacz and Swiss lucky loser Henri Laaksonen.

"It's good, I'm very motivated here at Roland Garros, the most beautiful tournament in the world."

It is the 10th successive year the top seed has reached the second week -- and 13th in total -- as he looks for a second French Open title after sealing his first 'Djoko' Slam in Paris in 2016.

Djokovic was never in any real trouble against world number 147 Caruso on Court Philippe Chatrier, breaking serve five times in the match and saving all of the five break points he faced.

The 32-year-old finished with eight aces and 25 winners against an outclassed opponent.

Zverev, whose best run at a Slam came in Paris last year when he made the quarter-finals, will face Italy's Fabio Fognini for a place in the last-eight.

Crowd favourite Tsitsipas became the first Greek player in 83 years to reach the second week at Roland Garros as he survived a scare against Filip Krajinovic.

The sixth seed led by two sets when the match was suspended at 5-5 in the third due to darkness just before 10:00pm on Friday.