Nick Kyrgios To Seek Lleyton Hewitt's Guidance For US Open

Australian tennis player Nick Kyrgios has enlisted the help of former Australian player Lleyton Hewitt for the US Open. 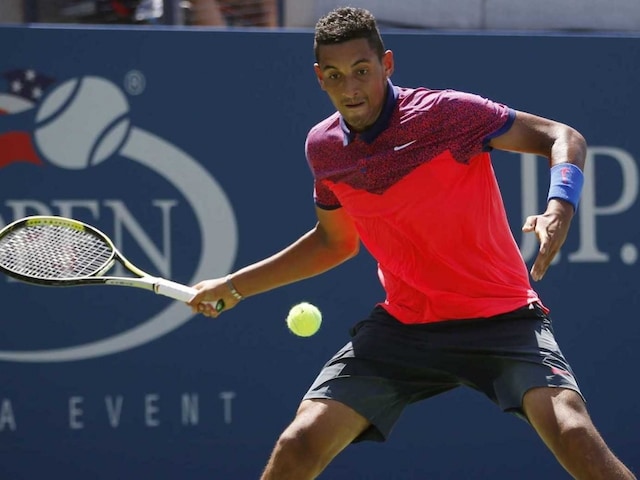 Nick Kyrgios has enlisted the help of Lleyton Hewitt for the US Open.© AFP

Australia's upcoming tennis star Nick Kyrgios has enlisted the help of former "bad boy" Lleyton Hewitt to mentor him in the lead up to the US Open.Â  (Is Nick Kyrgios a Modern-Day McEnroe?)

Kyrgios, 20, has been without a full time coach since he split with Todd Larkham before Wimbledon in June, but has asked Hewitt to fill the void in the lead up to the year's last Grand Slam. (Nick Kyrgios In 'Racist' Spat With Dawn Fraser)

Kyrgios' mother, Nill, has said that her son will learn a great deal from Davis Cup teammate Hewitt, who is someone the young player admires greatly on and off the court. (Defiant Kyrgios Won't Change Volatile Style)

"He will listen to Lleyton because he knows what he's talking about, he's been at the top and been world No.1," she said. "What Nick doesn't like is when people who haven't been in that situation give him advice, but he'll listen to someone like Lleyton."

Kyrgios lost to Kazakhstan's Aleksandr Nedovyesov in Darwin in a David Cup tie, a little known player currently ranked 96 in the world. Following the result, Kyrgios did not compete in any other matches during the tie.

The US Open will be held from August 31 to September 13 at Flushing Meadows in New York.

Comments
Topics mentioned in this article
Nick Kyrgios Lleyton Hewitt Tennis
Get the latest Cricket news, check out the India cricket schedule, Cricket live score . Like us on Facebook or follow us on Twitter for more sports updates. You can also download the NDTV Cricket app for Android or iOS.