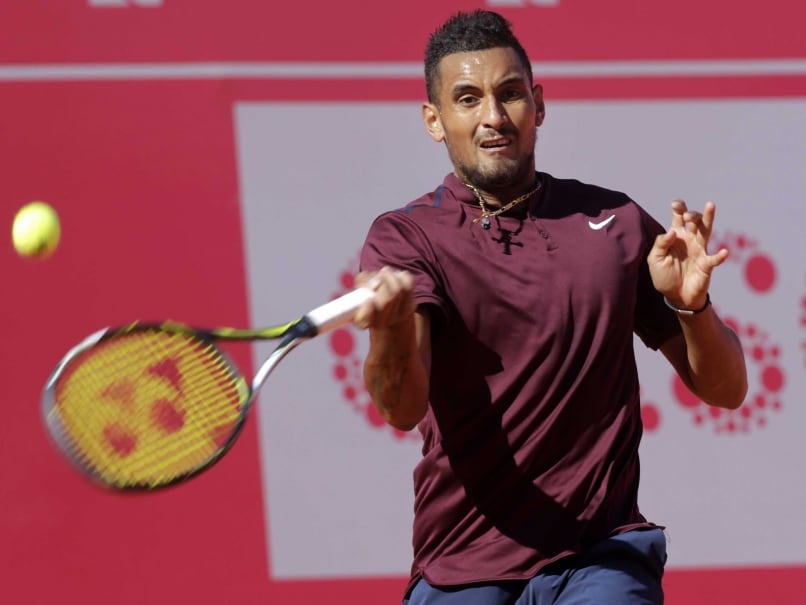 Nick Kyrgios was forced to quit his third-round US Open match with a hip injury on Saturday.© AFP

Nick Kyrgios and Bernard Tomic were on Tuesday included in Australia's Davis Cup team to face Slovakia in a must-win tie to secure their place in the World Group next year.

The fiery pair were named along with doubles specialists John Peers and Sam Groth. John Millman and James Duckworth are on standby for the clash in Sydney from September 16-18.

"This is a must-win for us to secure our spot in the World Group next year and I know all the boys are fired up and ready to go out and get the win for Australia," said team captain Lleyton Hewitt.

"Bernard and Nick are both firmly established in the top 20, Sam has proven himself as a Davis Cup player over the past two years and to be able to bring in John as a doubles specialist is a great advantage.

"I'm also really pleased to bring James Duckworth and John Millman into the squad. They both put in terrific performances at the US Open and give us a lot of flexibility."

Kyrgios is racing the clock to be fit for the grass-court tie at Sydney Olympic Park after being forced to quit his third-round US Open match with a hip injury on Saturday.

Injury forced him out of Australia's World Group first-round tie against the US in March, when Tomic, Groth, Hewitt and Peers lost 3-1 in Melbourne. At the time, Tomic challenged Kyrgios's commitment to the Davis Cup.

This month's tie will be the first time Australia and Slovakia have met in the Davis Cup with the winner securing their spot in the 2017 World Group and the loser dropping into Asia Oceania Group One.