Nick Kyrgios defeated 2014 Madrid Open finalist Stan Wawrinka while Victoria Azarenka withdrew from the tournament due to a back injury. 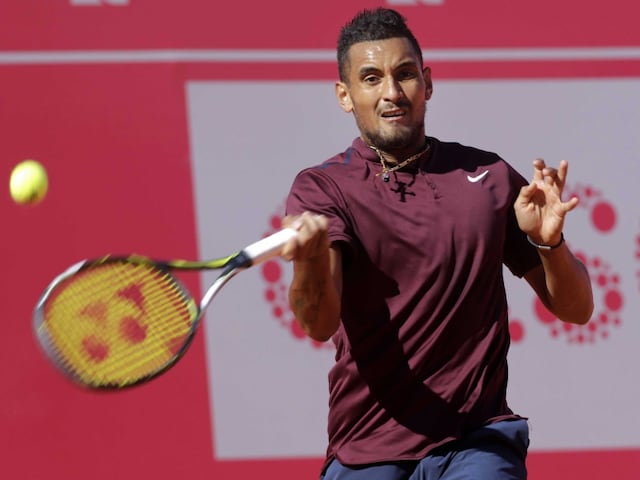 Victoria Azarenka withdrew with lower back pain as Australian Nick Kyrgios dumped out 2014 finalist Stan Wawrinka in Madrid on Wednesday.

Wawrinka, the fourth seed, managed 11 aces but was unable to break the Kyrgios serve while losing his own four times.

"It was generally a good match, I had chances in the first set," Wawrinka said.

"He was serving well in the big moments. he played better on a few important points. His serve was tough to read. it was a high-level match but a few points can make the difference."

In the Madrid Open, Azarenka's premature exit handed a place in the quarter-finals to qualifier Louisa Chirico.

Azarenka from Belarus, winner of back-to-back March titles at Indian Wells and Miami, had advanced at the Caja Magica with a pair of straight-set wins, losing just 11 games.

Her pullout came on the day that holder and two-time champion Petra Kvitova lost in the third round, going out to Australian Daria Gavrilova 6-3, 6-4.

There are now no top five somen's seeds left in the event.

Azarenka joins Roger Federer in pulling out of one of the final major tune-ups prior to the May 22 start of the French Open due to back problems.

"I tweaked my back in my first match, it was cold that day," said Azarenka.

"In my second match, I was in a lot of discomfort. I thought a day off would help, but today during a hit it came back again.

Azarenka was unsure if she would be able to play Rome, which begins on Monday.

"I want to make a smart decision for the big picture.

"I have to take it day by day and see if my body's ready. I'll hope to take tests today so we can take action."

Back in the men's draw, Czech eighth seed Tomas Berdych showed recovery after arriving with a stomach virus, advancing over Denis Istomin 6-3, 6-3.

Comments
Topics mentioned in this article
Nick Kyrgios Stanislas Wawrinka Victoria Azarenka Tennis
Get the latest updates on IPL 2020, check out the IPL Schedule for 2020 and Indian Premier League (IPL) Cricket live score . Like us on Facebook or follow us on Twitter for more sports updates. You can also download the NDTV Cricket app for Android or iOS.