The Spaniard is now just two wins away from a record 31st Masters title, after winning 32 consecutive sets on clay. 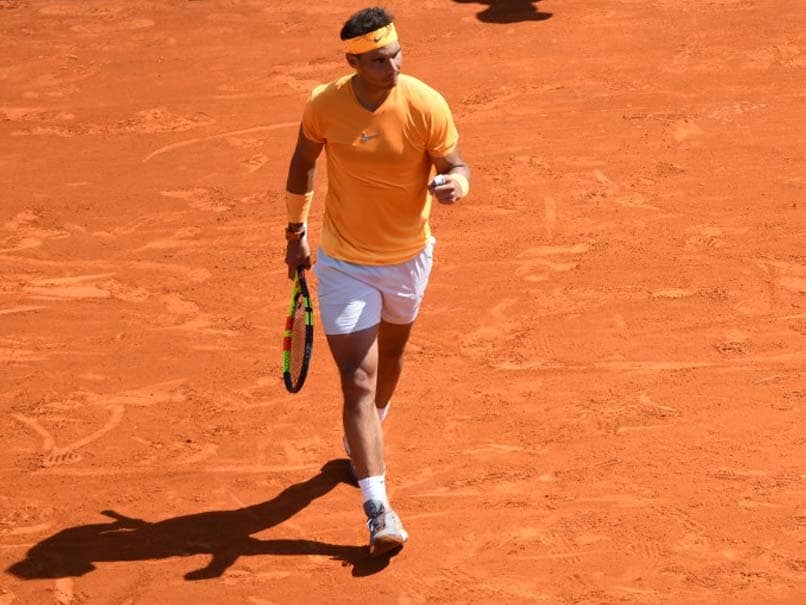 Rafael Nadal crushed fifth seed Dominic Thiem 6-0, 6-2 to romp into the Monte Carlo Masters semi-finals on Friday as he stepped up his bid for an 11th title in style. A tight match had been anticipated, but Nadal produced one of the most dominant wins of his career as Thiem fell to pieces in the Monaco sunshine. The Austrian didn't get on the scoreboard until the 10th game, drawing loud cheers from the crowd. But it was a ruthless performance from the 16-time Grand Slam champion, who has to successfully defend the title this week to remain ahead of Roger Federer at the top of the world rankings. "I think I played a great match, my best match of the tournament for sure and one the best I've played on clay for a while," said Nadal.

The Spaniard is now just two wins away from a record 31st Masters title, after winning 32 consecutive sets on clay.

Nadal will face Grigor Dimitrov in his 13th Monte Carlo semi-final on Saturday, but the Bulgarian will need a massive improvement from his win over David Goffin if he's to stand a chance of claiming a second career victory against the 10-time champion.

Nadal started as if he knew Thiem was a potential threat, holding to love before breaking the 24-year-old at the first time of asking.

Thiem was not serving at the same level he managed in his win over two-time champion Novak Djokovic on Thursday, and although he staved off five break points in game four, he dumped a forehand into the net to gift Nadal a 4-0 lead.

Thiem was struggling, but Nadal barely missed a shot in a near-perfect opening set that he wrapped up with another strong return.

It was the 12th time Nadal had whitewashed a set against a top-10 player, and he got the second set underway with another love hold.

Thiem was wilting in the sweltering conditions and under the pressure from the other side of the net, and then back-to-back miscued forehands saw him lose an eighth straight game.

The Austrian, a two-time French Open semi-finalist, finally held his serve to trail 3-1 and deny Nadal the first 6-0, 6-0 victory of his career on the ATP Tour.

The 31-year-old brought up match point with a searing forehand winner, and completed a 68-minute demolition as Thiem fired a backhand into the net.

Dimitrov benefitted from a second-set collapse by Goffin to reach the semi-finals for the first time with a 6-4, 7-6 (7/5) victory.

The 26-year-old Bulgarian got the better of a nervy Goffin in a repeat of last year's ATP Tour Finals final.

The pair will team up later on Friday in the doubles quarter-finals, but there was no charity on offer from Dimitrov towards his partner turned opponent.

Dimitrov has struggled on clay in the past and has never passed the French Open third round, but he was too strong for Goffin in the principality.

Fourth seed Dimitrov edged a tight opening set after failing to serve for it as Goffin produced a poor service game at 5-4 down, before the Belgian recovered to race into a 5-1 lead in the second.

But Goffin wasted three set points on his own serve as he tightened up on the most important points, and Dimitrov broke twice to force a tie-break.

The world number five wrapped up victory in the breaker on his second match point to claim one of the best wins of his career on clay and book a last-four date with Nadal.

"Yes, for sure he's the favourite. Yes, he has a great record. Yes, he's the best player on clay. That definitely doesn't discourage me," said Dimitrov.

"That excites me to get out on Saturday and play my match, simple as that.

Comments
Topics mentioned in this article
Rafael Nadal Grigor Dimitrov Dominic Thiem Tennis
Get the latest updates on IPL 2021, check out the IPL 2021 Schedule and Indian Premier League Live Score . Like us on Facebook or follow us on Twitter for more sports updates. You can also download the NDTV Cricket app for Android or iOS.