The 12-time Grand Slam champion Novak Djokovic has still not reached a quarter-final since Wimbledon last July after struggling with an elbow injury. 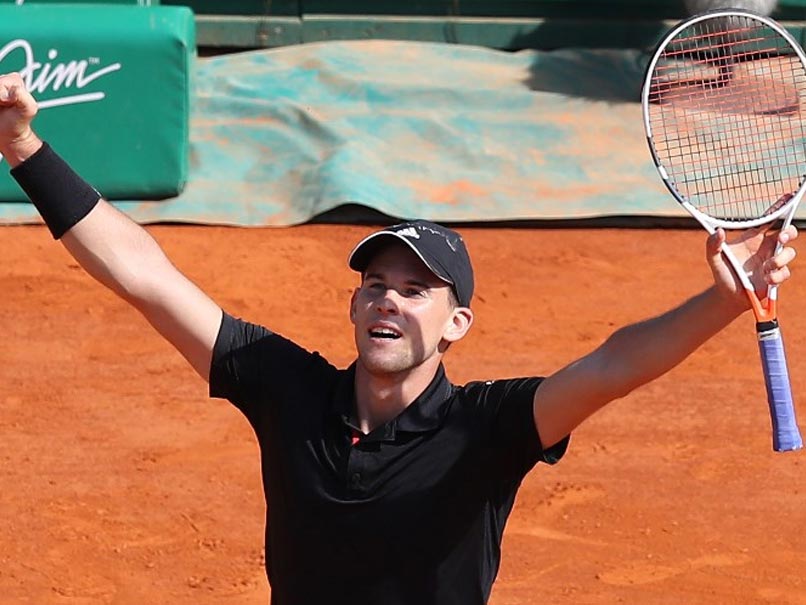 Novak Djokovic was knocked out of the Monte Carlo Masters by an inspired Dominic Thiem in the third round on Thursday, with the Austrian fifth seed progressing to a possible quarter-final with Rafael Nadal. Thiem, a two-time French Open semi-finalist, was the better player for much of the match and won 6-7 (2/7), 6-2, 6-3 despite a battling effort from Djokovic. The 12-time Grand Slam champion has still not reached a quarter-final since Wimbledon last July after struggling with an elbow injury. Djokovic, 30, had said he was pain-free in Monte Carlo for the first time in two years, but Thiem backed up his French Open quarter-final win over the Serbian from last year with another impressive victory. The 24-year-old will take on either world number one Nadal or Russian Karen Khachanov in the quarter-finals.

World number seven Thiem laid down a marker in the opening stages, holding to love before breaking the Djokovic serve with a clean forehand winner.

Djokovic faced a set point on his own serve when trailing 5-2, but saved it with a volley to force Thiem to serve for the opener.

Thiem brought up two more set points, only for his forehand to break down with two errors, before a double fault gave Djokovic the chance to break back.

The ninth seed grabbed that opportunity as Thiem miscued again, celebrating exuberantly in front of a delighted crowd as the set went to a tie-break.

And Thiem continued to throw in a series of poor shots, double faulting on Djokovic's first set point as the 30-year-old took the breaker 7-2.

The first few games of the second set went with serve, but Thiem broke for a 3-2 lead on his third break point of the game when Djokovic scooped a wayward backhand off target.

Djokovic, now ranked 13, missed a chance to level immediately and Thiem then continued his momentum to break the faltering Serbian again.

Despite another double fault, Thiem banished the first-set jitters to close out the set at the first time of asking and force a decider.

The key moment came in the seventh game of the third set, when Djokovic lost a 40-15 lead and Thiem broke with a venomous backhand up the line.

And the Austrian closed it out with another break on his second match point.

The 20-year-old, who won two Masters titles last season, became frustrated in the second set but came through 6-4, 4-6, 6-4 and will play either Mischa or Richard Gasquet in the last eight.

Belgian sixth seed David Goffin held off a late fightback from Roberto Bautista Agut to reach the last eight with a 6-4, 7-5 win, in a match that saw the Spaniard accidentally hit a ball boy with the ball.

"I just saw the ball going straight to the ball boy. I was surprised he only had a warning. For me, if you send a ball at the head of a ball boy, you're out," said Goffin.

"I don't know what the rules are exactly and how he could only get a warning. He was saying the ball bounced, and the ball boy just happened to be there. Unlucky for him."

Goffin will play fourth seed Grigor Dimitrov for a place in the semi-finals in a repeat of last year's ATP Tour Finals final, after the Bulgarian came back from a set and a break down to beat Germany's Philipp Kohlschreiber 4-6, 6-3, 6-4.

Second seed Marin Cilic is also into the last eight, after Milos Raonic pulled out with a right knee injury before their third-round match on Thursday.

Croatia's Cilic will face either Kei Nishikori or Italian qualifier Andreas Seppi next.

Comments
Topics mentioned in this article
Novak Djokovic Dominic Thiem Rafael Nadal Alexander Zverev Tennis
Get the latest updates on India vs England Series, India vs England , live score and IPL 2021 Auction . Like us on Facebook or follow us on Twitter for more sports updates. You can also download the NDTV Cricket app for Android or iOS.