Roger Federer, 17-time major winner converted five of his six breakpoint chances and saved the only one against German qualifier Tobias Kamke to kick-start 2016 season with a win. Roger Federer of Switzerland hits a return against Tobias Kamke of Germany during their men's singles match on the fifth day of the Brisbane International tournament.© AFP

Roger Federer recalled the celebrations and the festive atmosphere of his 1,000th match victory on tour as soon as he returned to the Brisbane International to fine-tune his preparations for the Australian Open. (Read More in Tennis)

He achieved the milestone in the final here last year, when he beat Milos Raonic and shared the podium with some of the players he revered from a previous era.

His first practice was positive, he said, then he picked up an illness from one of his four kids - the whole family had it - and his attempt at a title defense was shaky for a while.

On the fifth day of the tournament, Federer finally opened his 2016 season with a commanding 6-2, 6-1 win over German qualifier Tobias Kamke, and advanced to a quarterfinal against Grigor Dimitrov, who beat Viktor Troicki 5-7, 7-6 (6), 6-2 earlier Thursday.

"It was a big deal for me (the 1,000th win). I didn't expect it to be as big of a deal as it actually ended up being," Federer said. "It was very special because it was a final ... plus, Rod Laver and Roy Emerson were on the court to hand me the trophy and be in the picture with me and the number 1,000. I was happy I didn't mess it up."

The 17-time major winner converted five of his six breakpoint chances and saved the only one he faced against Kamke, finding his touch quickly and dispelling pre-match rumors that he might be carrying an injury. 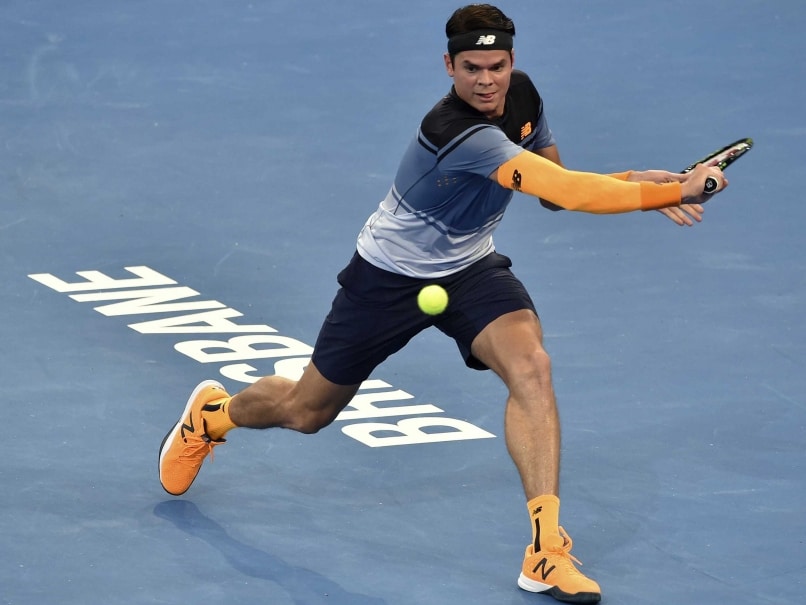 Milos Raonic of Canada hits a return against Croatia's Ivan Dodig during their men's singles match on the fifth day of the Brisbane International tournament.

While the top-ranked women have succumbed to injuries or inconsistency in the first week of the season, Victoria Azarenka has maintained her surge in form.

She has dropped just 10 games en route to the semis, where she'll meet Samantha Crawford, a U.S. qualifier who beat Andrea Pektovic 6-3, 6-0.

Azarenka, who was limited to 23 tournaments across the last two seasons because of injuries, was broken once in each set but converted seven of her 11 breakpoint chances against Vinci, who ended Serena Williams' bid for a true Grand Slam in the U.S. Open semifinals.

"I really had to take control in my own hands, because she comes up with some really difficult situations and combinations which keep you on your toes," Azarenka said.

Fourth-seeded Angelique Kerber advanced past Anastasia Pavlyuchenkova 6-4, 6-4, and will next play No. 6-seeded Carla Suarez Navarro, who held off Varvara Lepchenko 4-6, 6-4, 7-5.

At the ASB Classic in Auckland, New Zealand, third-seeded Caroline Wozniacki reached the semifinals with a 6-1, 6-0 win over Alexandra Dalgheru.

"I really hit it well, I went for my shots," said Wozniacki, who made only eight unforced errors. "I came to the net - I didn't even know I could volley like that, so I was pleasantly surprised."

Wozniacki has a 5-0 record against her semifinal opponent, Sloane Stephens, who advanced 7-6 (6), 6-3 over British qualifier Naomi Broady. 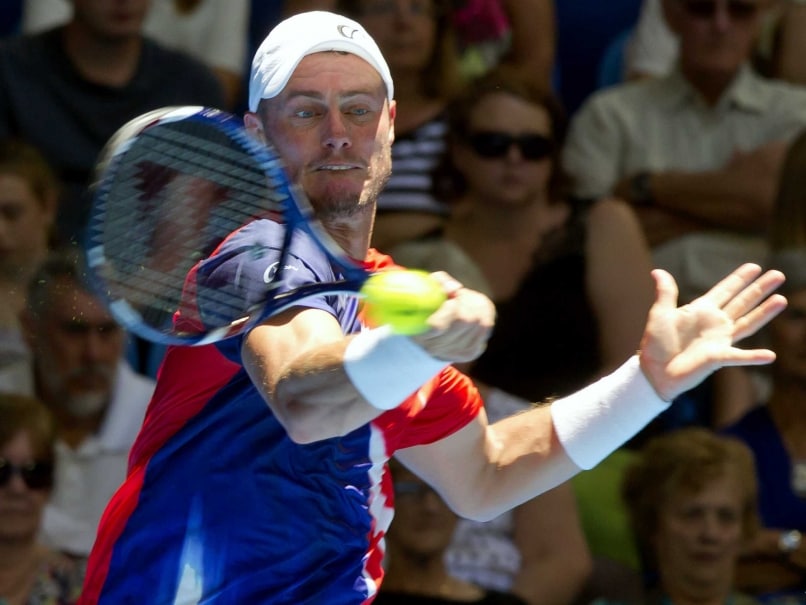 Lleyton Hewitt of the Australia Gold team hits a return against Alexander Dolgopolov of Ukraine during their ninth session men's singles match on day five of the Hopman Cup tournament in Perth.

At the Hopman Cup mixed team event in Perth, Ukraine qualified for Saturday's final with singles wins over the Australia Gold team of Jarmila Wolfe and Lleyton Hewitt.

Hewitt finishes his Hopman Cup career with eight appearances but no trophy. Australia's only Hopman Cup title came in 1999 when Mark Philippoussis and Jelena Dokic won the championship over Sweden's Jonas Bjorkman and Asa Carlsson.

In a night match, Jack Sock and Vicky Duval were to lead the United States against the Czech Republic in a matchup between already-eliminated teams. Duval replaced Serena Williams, who has inflammation in her left knee and wants to rest ahead of the Australian Open beginning Jan. 18.

The Australia Green team of Nick Kyrgios and Daria Gavrilova can advance to the final against Ukraine with a win Friday night over France. Britain plays Germany in the other match Friday to end preliminary play.

Comments
Topics mentioned in this article
Milos Raonic Lleyton Hewitt David Goffin Tennis
Get the latest Cricket news, check out the India cricket schedule, Cricket live score . Like us on Facebook or follow us on Twitter for more sports updates. You can also download the NDTV Cricket app for Android or iOS.