Marion Bartoli, who retired after winning the 2013 Wimbledon title, said world number one Serena Williams is the best player in the world when she is fit. Serena has 18 titles, four behind Steffi Graf's record of 22 Grand Slams. 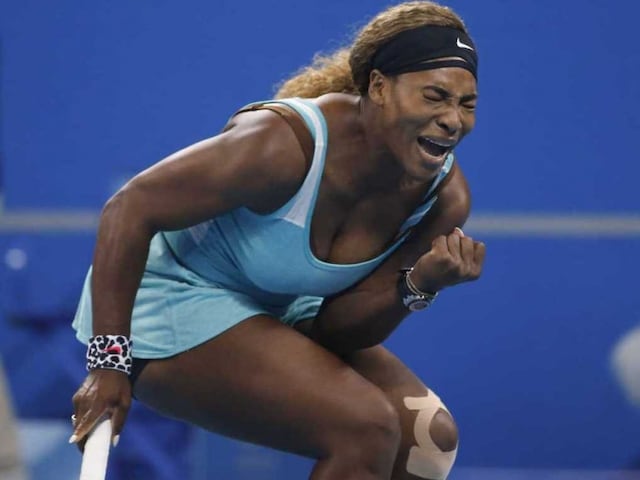 She sprang a surprise by retiring from tennis after winning the 2013 Wimbledon women's singles title and France's Marion Bartoli on Friday said she took the decision as she was unable to endure the physically tough training process that makes a champion.

"My body could not take any more training, especially my shoulder. I had to train more than others (because of her unorthodox way of playing). There was a stage during that Wimbledon championship when I could not even brush my teeth because of the sore shoulder," she said here today.

The French tennis star is the event ambassador of the January 18 Standard Chartered Mumbai Marathon.

Bartoli, who retired at 29 after winning the coveted Wimbledon singles title in her 47th attempt to win a Grand Slam crown, said if she had not won at the All England Club, she would have continued in the game only till the 2014 Australian Open.

"I was not in the sport for the money. If you ask me how much I earned I wouldn't be able to tell you. But I can tell you about the matches I had played, the scoreline. That's all mattered to me," the former tennis professional said at a media conference called by marathon organisers.

Bartoli, among the few to have played two-handed forehand and backhand shots in tennis to which she was introduced by her physician father, said she cannot say for certain whether world number one Serena Williams can equal Steffi Graf's record of 22 Grand Slam singles titles.

"When she is fit and plays she is the best player in the world. But I cannot say how her body would hold up, how injury-free she will be," said Bartoli, who is now into fashion designing.

Serena of US has 18 titles to her credit.

Bartoli, who idolised NBA legend Michael Jordan as a teenager, ruled out coaching as a vocation and said she was pretty happy with what she has been doing since retiring.

She is a tennis commentator now and scheduled to leave for the Australian Open from here on Monday. Asked about new formats in tennis like Champions League, Bartoli said they can never measure up to the excitement of the traditional game in which at times players slug it out for five to six hours with fluctuating fortunes keeping the viewers engrossed.

Comments
Topics mentioned in this article
Marion Bartoli Serena Williams Tennis
Get the latest Cricket news, check out the India cricket schedule, Cricket live score . Like us on Facebook or follow us on Twitter for more sports updates. You can also download the NDTV Cricket app for Android or iOS.