Maria Sharapova, the second seed, also the champion in 2012 and runner-up in 2013, will now face Czech 13th seed Lucie Safarova for a place in the quarter-finals. 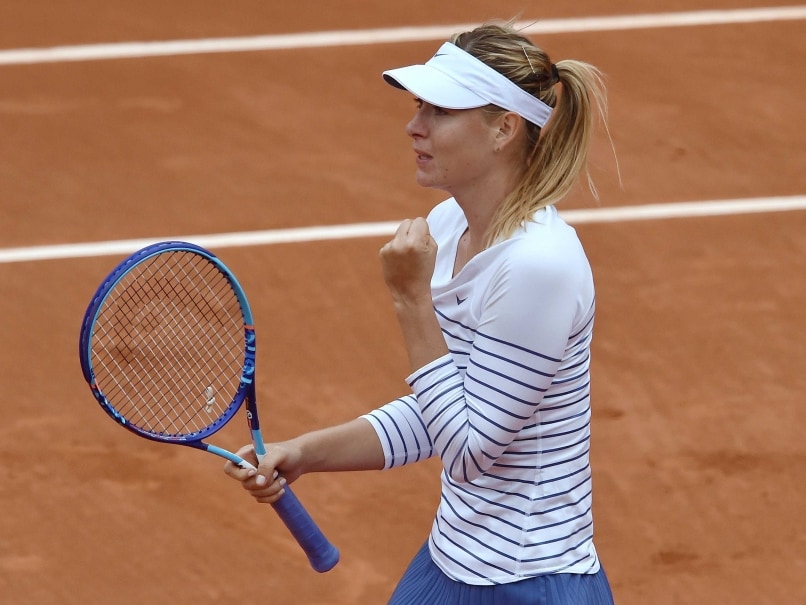 Maria Sharapova cruised into round of sixteen© AFP
Paris:

Defending champion Maria Sharapova reached the French Open last-16 on Friday although she appeared on the verge of tears at the end of her straight-sets win over Samantha Stosur.

The world number two made the fourth round for the 11th time with a 6-3, 6-4 win over the 26th seeded Australian.

It was the Russian's 15th win in 17 matches against Stosur who she defeated in a three-set Paris marathon last year.

"I knew it would be a tough match today," said the 28-year-old Sharapova.

"But when I come out on to this court all the great memories come flooding back for me."

Sharapova, also the champion in 2012 and runner-up in 2013, goes on to face Czech 13th seed Lucie Safarova for a place in the quarter-finals.

Both Sharapova and Stosur struggled in the windy, cold conditions on Court Philippe Chatrier.

But 2010 runner-up Stosur was undone by 19 unforced errors in the opener and 34 over the entire match.

One break in the seventh game of the second set, courtesy of the Australian's fourth double fault of the tie, proved the decisive breakthrough.

Safarova made the fourth round for the third time by beating big-serving German Sabine Lisicki 6-3, 7-6 (7/2).

Sharapova has a 4-1 record over the 28-year-old Czech whose only win came in the pair's first meeting in Madrid five years ago.

However, their last clash in Stuttgart in 2014 only went in the Russian's favour after three tiebreak sets.

Ivanovic won the first seven games before Vekic, the world number 165 and playing in the third round of a major for the first time, stopped the rot and broke for 2-1 in the second set.

But that was as good as it got for the teenager as Ivanovic, watched by German football star boyfriend Bastian Schweinsteiger, swept into a fourth round clash against ninth-seeded Russian Ekaterina Makarova.

"After my first two matches, I have really started to get a little bit of feeling and groove," said the Serb, who had to come back from losing the opening set in her first two rounds in Paris.

"When you know you are working the right direction, it always gets results."

"I hate having to play my best friend," admitted the 26-year-old left-hander. "It's not a good feeling."

Alize Cornet, the 29th seeded Frenchwoman, needed two and a half hours to defeat 33-year-old Croatian Mirjana Lucic-Baroni 4-6, 6-3, 7-5 in a match scarred by 85 unforced errors.

Lucic-Baroni made her Paris debut back in 1999 and had made the last-32 by putting out third-seeded Simona Halep in the second round.

Cornet, who knocked Serena Williams out of Wimbledon last year, will be playing in the second week in Paris for the first time.

"It was difficult, she hits the ball very hard," said Cornet.

"I had a terrible start but I came back with courage. It's magical."

Cornet next takes on Elina Svitolina, the 19th seeded Ukrainian who has reached the fourth round of a major for the first time.

Comments
Topics mentioned in this article
Maria Sharapova Samantha Stosur Tennis
Get the latest updates on T20 World Cup, check out the T20 World Cup Schedule and Live Score . Like us on Facebook or follow us on Twitter for more sports updates. You can also download the NDTV Cricket app for Android or iOS.