Rafael Nadal said that Maria Sharapova 'must pay' for her 'negligence' after the Russian star confirmed she had failed a drug test at the Australian Open in January. 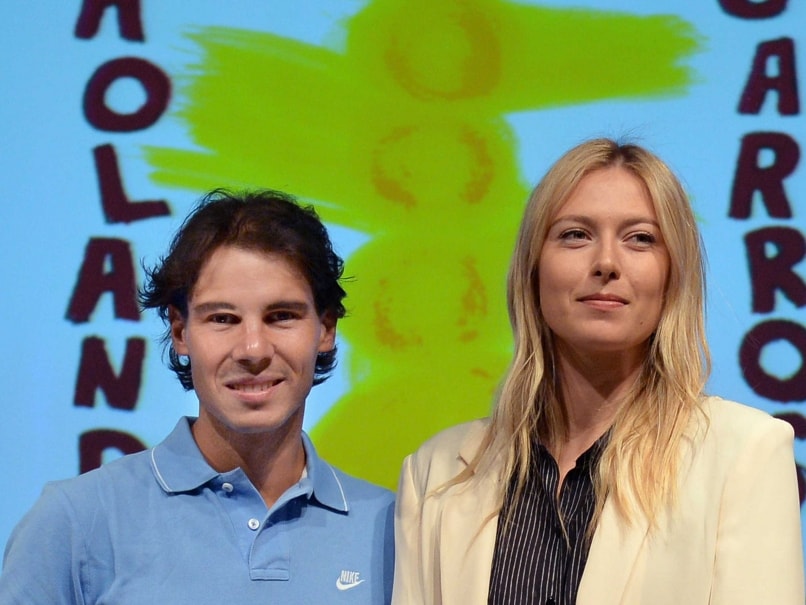 Rafael Nadal on Wednesday defended his training methods and vehemently denied he had ever used a banned substance to get an edge or to speed up recovery from injury.

Nadal was at the Indian Wells tournament discussing Maria Sharapova's failed drug test -- "She should be punished" -- when he seized the opportunity to scotch unfounded rumours that he had used performance-enhancing drugs.

"I have never had the temptation of doing something wrong. I am very far from that, doping," said the 14-time grand slam winner, who has been hard hit in recent years by injury.

"I am a completely clean guy. I worked so hard during my career that when I get injured I never take nothing (banned) to be back quicker." (Players Shocked)

Throughout his trophy-laden career Nadal, 29, has been periodically dogged by whispers of doping.

"I heard it a few times again about doping from my person and I am a little bit tired with that," Nadal said, adding that he sees himself as an ambassador for tennis and wouldn't tarnish his image as a role model for young players.

"I believe in the sport and the values of the sport," the Spaniard said. (Top Sponsors Cut Ties)

'Will never do anything wrong'

Nadal said over the course of his career he has taken advantage of some new treatments for his knee problems, like stem-cell therapy and Platelet Rich Plasma (PRP) therapy, often known as blood spinning.

"I have been open all my career. I never tried to hide nothing that I did," Nadal said. "I did PRP and then I did stem cells.

"The first time with PRP it worked fantastic and the second time it was bad. I had to stop playing tennis for seven months.

"And with stem cells I used it two times on my knees and it worked very well.

"I am not doing, never did, and never going to do something wrong." (Sharapova Factfile)

Nadal added there is a Spanish team doctor who monitors what medication the players are taking to make sure it is safe.

"He has been the doctor for all the Spanish players for a number of years. I would never take nothing that he doesn't know about," he said.

'She must pay for it'

Former world number one Sharapova announced Monday that she failed a drug test at the Australian Open in January.

Sharapova tested positive for Meldonium, which was added to the World Anti-Doping Agency's banned list this year. (Capriati Blasts Sharapova)

Nadal said Sharapova deserves to be punished as an example to others.

"It is difficult to imagine that something like this can happen. But mistakes happen," he said. "She should be punished.

"I want to believe it is a mistake for Maria. She didn't want to do it. But obviously it is negligence. She must pay for it."

Comments
Topics mentioned in this article
Maria Sharapova Rafael Nadal Tennis
Get the latest updates on ICC T20 Worldcup 2022 and CWG 2022 check out the Schedule, Live Score and Medals Tally. Like us on Facebook or follow us on Twitter for more sports updates. You can also download the NDTV Cricket app for Android or iOS.