Maria Sharapova feels Li Na should have no regrets although her retirement is a big loss to international tennis. 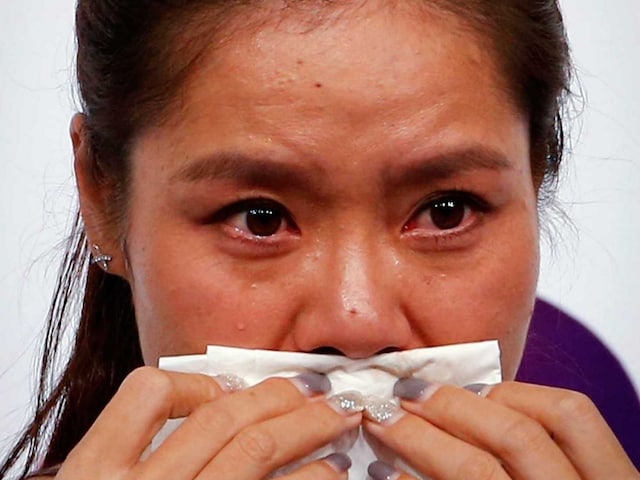 An emotional Li Na speaks to members of the press in Beijing.© AP
Wuhan:

Maria Sharapova led tributes to Li Na at China's Wuhan Open Sunday as the local hero tearfully explained her decision to retire to journalists in Beijing.

The Russian world number four said the 32-year-old tennis trailblazer had a huge impact on the sport -- particularly in her home country -- and that she should have no regrets following her decision. (I have no regrets, says Li Na | Sharapova, Serena eye glory in Li Na's bastion)

"It is obviously a very big loss for tennis in general all around the world, and specifically here in China where Li Na has been so influential for so many years," Sharapova told reporters.

"She can look back on her career with a big smile on her face."

China's two-time Grand Slam champion had inspired a raft of star names to attend the new tournament, which began in her home city Sunday, Sharapova said, adding that it was "extra sad" that she could not compete.

"I think everyone should be very proud of her achievements and put up a good event for her," added the 2014 French Open Champion.

World number two Simona Halep described Li as a "real champion" and "a very kind person", adding that she particularly enjoyed listening to her speeches during tournaments.

"She's really nice and was very good player... very special, because every time her speeches were very funny," the Romanian said.

"She moved very well on court, she was a great player and a real champion, and of course, I wish her all the best and to be happy for the rest of her life."

Petra Kvitova, who is ranked at number three by the WTA, spoke appreciatively of Li, who mentioned their friendship at the press conference she held in Beijing Sunday.

"It's so nice from her that she said my name. You know, I'm going to miss her so much," the two-time Wimbledon winner said.

"She's very funny. I think that you Chinese can be very proud of her."

The $2.4 million Wuhan Open will reach its climax on September 27.

Nineteen of the top 20 players are attending the Premier WTA event, including world number one Serena Williams.

Comments
Topics mentioned in this article
Na Li Maria Sharapova Tennis
Get the latest Cricket news, check out the India cricket schedule, Cricket live score . Like us on Facebook or follow us on Twitter for more sports updates. You can also download the NDTV Cricket app for Android or iOS.