Maria Sharapova Crashes Out In Qatar Open First Round

Five-time Grand Slam winner Maria Sharapova suffered a shock defeat in the first round of the Qatar Open on Monday, dumped out in three sets by outsider Monica Niculescu. 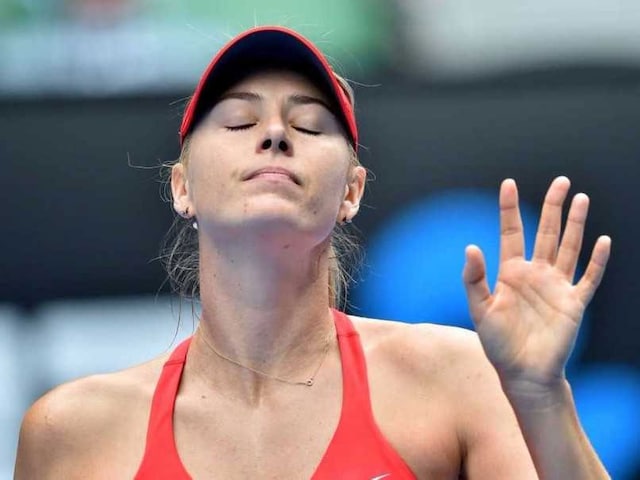 Maria Sharapova suffered a shock defeat in the first round of the Qatar Open.© AFP

Five-time Grand Slam winner Maria Sharapova suffered a shock defeat in the first round of the Qatar Open on Monday, dumped out in three sets by outsider Monica Niculescu. The Romanian, ranked number 92 in the world, 51 places behind the Russian, won 4-6, 6-4, 6-3. In a match lasting more than two and a half hours, Sharapova hit 52 unforced errors as opposed to just 17 from Niculescu. In blustery conditions, Sharapova also struggled to get to grips with the 30-year-old Niculescu's distinctive style, which relies heavily on a sliced forehand.

The former world number one, twice a winner in Doha, had been given a wildcard into the draw and was one the tournament's major attractions.

"I did a good job of winning the longer rallies, even though that's not really what I wanted to get myself into," said Sharapova afterwards.

"So, physically I felt good. I just got pretty passive in the end and starting making too many errors."

It was the 30-year-old's first appearance in Doha since 2013 and her first match since losing to Angelique Kerber in the third round of the Australian Open last month.

Sharapova returned to tennis last April after completing a 15-month ban for failing a drug test.

A jubilant Niculescu described it afterwards as "a very good win" as well as "a tough match".

She added: "I love it how I play and I like to be unique and I think my slice forehand is a weapon.

"And when I feel good on the court then I play relaxed, I can be good and can be dangerous."

Niculescu's reward is to play either Magdalena Rybarikova or wildcard Fatma Al-Nabhani in the next round.

Nine of the top ten women's players are competing in Doha this week, but arguably Sharapova was the biggest attraction.

Her defeat is unlikely to please organisers after the men's tournament in Qatar last month was decimated of big name stars through injury.

The competition could see a repeat of the Australian Open final as the world's new number one Carolina Wozniacki, and the woman she beat in Melbourne, Simona Halep, are seeded one and two in Doha.

In another Romanian versus Russian clash, Halep will start her tournament on Tuesday, playing against Muscovite, Ekaterina Makarova, a former world number eight.

Comments
Topics mentioned in this article
Maria Sharapova Monica Niculescu Tennis
Get the latest Cricket news, check out the India cricket schedule, Cricket live score . Like us on Facebook or follow us on Twitter for more sports updates. You can also download the NDTV Cricket app for Android or iOS.