Leylah Fernandez hadn't even been born in 2001 when terrorists attacked New York, but she hopes to show the same resilience and resolve as New Yorkers after her US Open final loss. 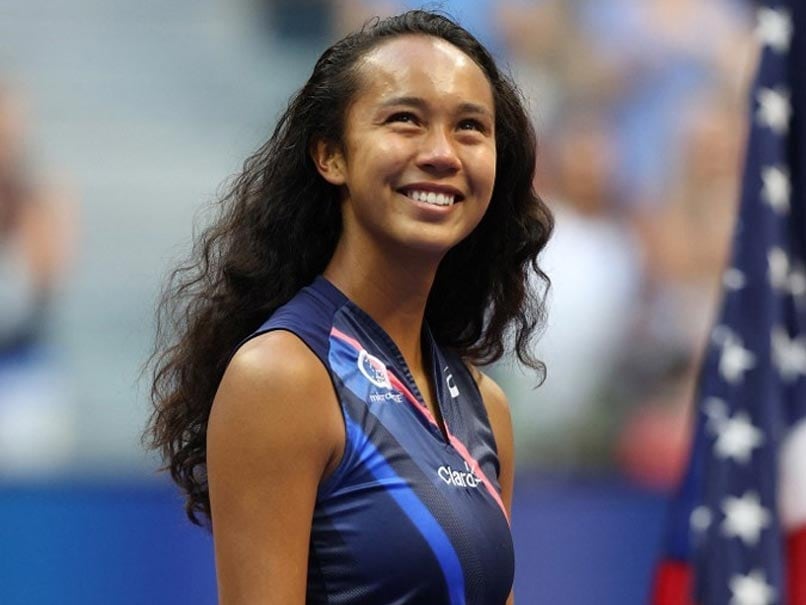 Leylah Fernandez said she will comeback stronger in upcoming tournaments after US Open final loss.© AFP

Leylah Fernandez hadn't even been born in 2001 when terrorists attacked New York, but she hopes to show the same resilience and resolve as New Yorkers after her US Open final loss. The 19-year-old Canadian's dream run into her first Grand Slam final ended in defeat Saturday as she fell to British 18-year-old qualifier Emma Raducanu 6-4, 6-3 at Arthur Ashe Stadium. "It definitely stings," Fernandez said. "But it will just make me want to work harder and stronger, just come back to every tournament with the same hunger I came into this tournament."

After cheering support from Big Apple fans throughout an epic run that saw her upset three of the world's top five players, Fernandez told the crowd on the 20th anniversary of the 9/11 attacks that she hoped to be as strong and resilient as New York has been.

"I remembered watching movies about what happened, then asking my parents what exactly happened in that day," she said. "I was just so in shock when they told me. They told me what they were doing when they saw the news.

"I don't know much about what really happened, but with the information I do have, I know that New York has suffered a lot the past years when it did happen. I just wanted to let them know that they're so strong, they're so resilient. They're just incredible."

"Just having them here happy, lively, just going back to the way they were, having my back during these tough moments, has made me stronger and has made me believe in myself a lot more," Fernandez said.

It's a breakthrough moment that will take her to a career-best 27th in the world rankings and serve notice to future rivals of her abilities.

"I don't think it will change my life that much," she said. "I'm very lucky to have a great support team and a great family to keep me grounded.

"This loss, I'm going to carry it for a very long time. I think it will motivate me to do better in training, better for the next opportunity I get."

Fernandez learned about herself along the journey.

"I've improved a lot not only tennis-wise but emotionally and mentally," she said. "One thing that really surprised me was that the more I'm more outgoing on court and try to get the crowd involved, the more I'm playing well.

"I'm glad I've discovered that of myself."

"I think the most important lesson I've learned is how to recuperate after so many great wins in a row," she said. "After every win I was so happy, so excited. I just wanted to go back on court and play again.

"I was very lucky to have a great team behind me telling me to calm down, enjoy this win now then the very next day let's get back to work. I'm glad that I had that opportunity to learn how to organize myself."

Comments
Topics mentioned in this article
Emma Raducanu Tennis Leylah Fernandez
Get the latest updates on IPL Auction 2023 and check out  IPL 2023 and Live Cricket Score. Like us on Facebook or follow us on Twitter for more sports updates. You can also download the NDTV Cricket app for Android or iOS.