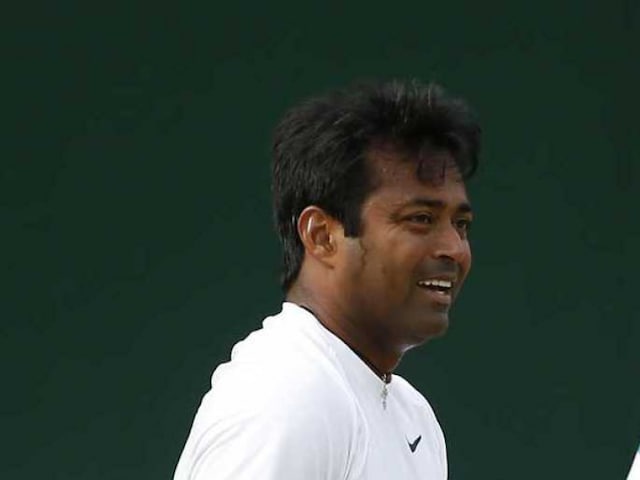 The match was a fiercely contested affair that took one hour and 21 minutes to decide on a winner at the 1,574,640 euros grass court event. (Nadal Crashes Out at Queen's)

Paes and Nestor began the match aggressively but they were matched at every step by the Serbian-SPaniard duo. Both teams found it difficult to break the other's serve and surge ahead at Court 1.

The first set extended to a tie-break and the veteran experience clinched the tie-breaker to go one set up.

The first set determined the tone of the match.

Troicki and Bautista Agut bounced back into the contest, breaking Paes-Nestor's serve to claim the second set 3-6 and square the contest and push the match into the deciding third set tie-breaker.

In the tense tie-breaker, Paes and Nestor utilised their experience to the hilt, claiming the decider 10-7 to wrap up the match.