Indian tennis legends Leander Paes and Mahesh Bhupathi hinted at "another chapter" of their association on the 22nd anniversary of their Wimbledon title win in 1999. 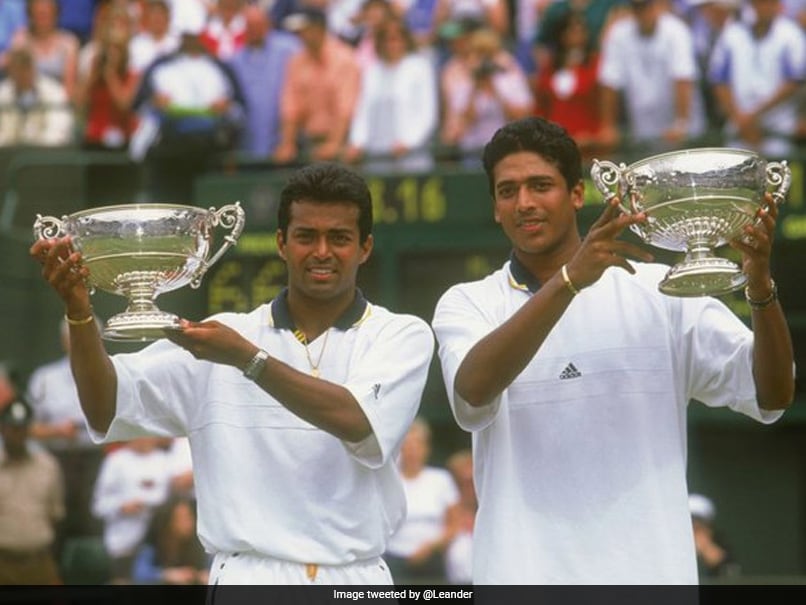 On the 22nd anniversary of their Wimbledon win in the men's doubles category, Leander Paes and Mahesh Bhupathi on Sunday hinted towards something special, sending the Twitterverse into a frenzy. On this very day in 1999, Bhupathi and Paes became the first Indian pair to win at Wimbledon. In the same year, the duo had won the French Open as well. Bhupathi and Paes had become the first doubles team to reach the finals of all four Grand Slams in 1999. It was the first time such a feat was achieved in the open era and the first time since 1952.

Hmmm ..That was special!! Do you think it's time to write another chapter? @Leander #LeeHesh https://t.co/gzIWCD7gfR

"22 years ago today, we became the first Indians to win @Wimbledon. As two young boys all we dreamt of was making our country proud," tweeted Paes on Sunday.

To this tweet, Bhupathi was quick to respond, saying: "Hmmm. That was special!! Do you think it's time to write another chapter?"

In the last tweet, Bhupathi said that he will get back to Paes and wished his former doubles partner a happy 22nd anniversary of the Wimbledon win.

Let me get back to you!! In the mean time Happy 22nd anniversary #LeeHesh #Wimbledonchampions @Leander @Wimbledon https://t.co/YOuaqsUqva

"Let me get back to you!! In the meantime Happy 22nd anniversary," tweeted Bhupathi.

Paes and Bhupathi had formed a formidable men's doubles pair during their playing days. The duo enjoyed their best season in 1999 after reaching the finals of all four Grand Slams.

Comments
Topics mentioned in this article
Leander Paes Mahesh Bhupathi Tennis
Get the latest updates on ICC T20 Worldcup 2022 and CWG 2022 check out the Schedule, Live Score and Medals Tally. Like us on Facebook or follow us on Twitter for more sports updates. You can also download the NDTV Cricket app for Android or iOS.