Johanna Konta Says she Has 'Confidence' in her Game

The British number-one-in-waiting began the year ranked 150 but will likely break into the top 50 when the new rankings are released on Monday. 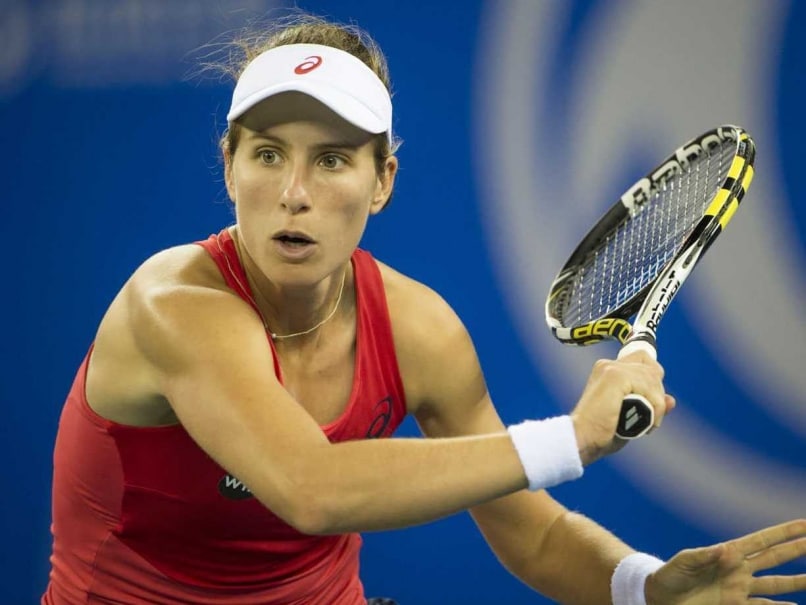 Briton Johanna Konta went to bed happy after losing in the Wuhan Open quarter finals to childhood idol Venus Williams, saying her performance at the tournament had given her "a lot of confidence".

The British number-one-in-waiting began the year ranked 150 but will likely break into the top 50 when the new rankings are released on Monday.(Venus Downs Konta)

The 24-year-old has spent the year flitting between the main WTA tour and the lower ITF circuit, entering both the Wuhan Open and the US Open, where she reached the last 16, as a qualifier.

"I take a lot of confidence from the fact that I played six matches in a row... to be able to play at such a high level against some of the best players in the world and to keep repeating that day in and day out," the Briton said of her performance at Wuhan.

"I was going into the match knowing that I would have to fight my hardest and to honestly stay out there as long as possible. I managed to stay out there quite long, so that's good," Konta said.

Williams -- who first stepped out onto the pro circuit when Konta was just three-years-old -- was also full of praise for her young opponent.

"I think she had a lot of self-belief out there and she had a lot of focus. I thought that was really impressive, especially playing against opponents that have more experience than her, who have been in these situations before," said Williams.

Konta looked like she might take the third set off Williams -- breaking her serve to bring the score to 3-1 -- and she kept the pressure on the American veteran right into the final game.

"That last game, I thought I played a great game. Mostly first serves in. Still (I) found myself down 15-40 due to her play. So clearly things are working for her," Williams said.

Until recently Konta had struggled with nerves, but since Wimbledon she has won 21 of 23 matches beating the likes of Halep, Victoria Azarenka, Andrea Petkovic and Garbine Muguruza.

Konta's Lawn Tennis Association funding was dramatically slashed at the beginning of the year, as part of an overhaul of support for up-and-coming players.

The cut forced her to move her training to northern Spain where coaches Esteban Carril and Jose-Manuel Garcia have mentored her through a rapid rise up the rankings.

She has decided to sit out next week's China Open in Beijing, withdrawing from the qualifiers, and will head back to the UK.

But first, the young player was planning a good night's sleep.

"I'm going to go to bed sleeping all right tonight," she said.

Comments
Topics mentioned in this article
Johanna Konta Tennis
Get the latest updates on IPL 2021, IPL Points Table , IPL Schedule 2021 , live score . Like us on Facebook or follow us on Twitter for more sports updates. You can also download the NDTV Cricket app for Android or iOS.