Jelena Ostapenko, still only 21, was looking to recover from a poor China Open performance but instead endured a miserable evening in Hong Kong. 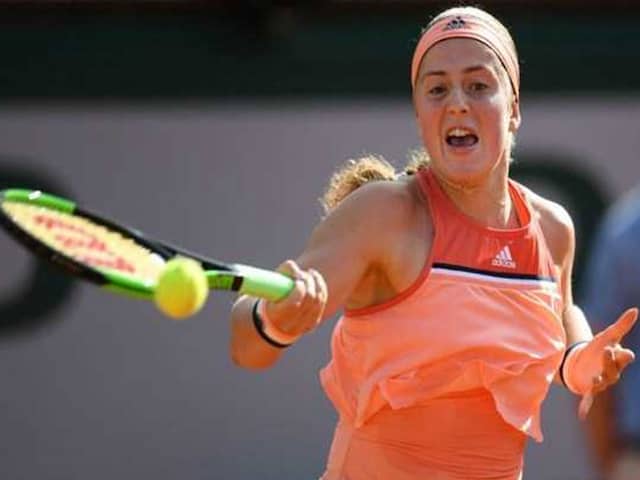 Former French Open champion Jelena Ostapenko was dumped out of the Hong Kong Open on Monday -- by a player ranked 299 places below her. The Latvian world number 18 crashed out in three sets against outsider Kristina Kucova -- who before Monday had not had a WTA main draw in more than a year -- in the first round. Third seed Ostapenko scraped through the first set 7-5 before losing her way in the second with repeated netted ground strokes and Kucova's vicious backhand tipping the scales in the Slovak's favour.

The match ended on a farcical note when a shot by Kucova was called in even though it appeared to land well beyond the baseline. An angry Ostapenko, out of challenges, then faced a double match point and quickly succumbed to go down 7-5, 3-6, 2-6.

"In tennis sometimes one ball can decide the whole match. That ball was quite far out -- I was surprised the chair umpire didn't call it," Ostapenko said.

"But unfortunately I had run out of challenges and couldn't do anything."

Ostapenko, still only 21, was looking to recover from a poor China Open performance hampered by a wrist injury, but instead endured a miserable evening in Hong Kong.

She said her 28-year-old opponent had played like she had "nothing to lose".

"Today she was playing at a very high level but of course it was not the best match and I made a lot of unforced errors."

Earlier, France's number two Alize Cornet swept into the second round of the Hong Kong Open Monday -- helped by a "home" crowd.

The eighth seed brushed aside Israel's Julia Glushko 6-1, 6-2, to record her first victory in more than a month after a string of first round exits in Chinese tournaments.

But the 28-year-old credited her change in fortunes with the support of her compatriots at the Victoria Park venue.

"Whenever I play in Hong Kong I feel at home because there's a lot of French people here, there is a big French community and I can feel it when I'm on court," she said.

"I always feel the support from them but also the people from Hong Kong."

She added she had "zero expectations" at her third outing in Hong Kong and discounted any notion that US Open champion Naomi Osaka's withdrawal from the event would boost her chances.

"Today I finally won one after a month and a half which feels good," Cornet said.

"I enjoyed my time on the court, it really felt as if it was nice to be here."

She added: "(Osaka's) out but there are many, many other good players ... so I don't think it influences things."