Naomi Osaka Pulls Out Of Hong Kong Open With Back Injury 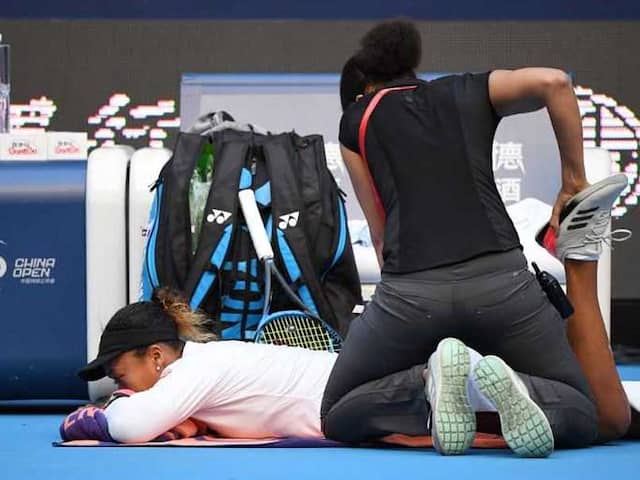 US Open champion Naomi Osaka has pulled out of this week's Hong Kong Open to prevent aggravating a slight back injury, organisers said on Sunday. The Japanese star required treatment to her lower back during her semi-final defeat to unseeded Anastasija Sevastova at the China Open in Beijing on Saturday. Afterwards, Osaka, who turns 21 on October 16, said it was more a case of fatigue than anything more serious, but suggested that she may not make the WTA Hong Kong Open, which starts on Monday.

"Unfortunately, I have been playing through pain in my back this whole week," the world number six said in a subsequent statement released by organisers.

"The doctors have advised me that I need to rest to ensure the injury is not further aggravated and become more serious."

The world number six, Osaka made headlines last month when she stunned Serena Williams in New York to win her maiden Grand Slam, in a final overshadowed by the American's bitter row with the chair umpire.

One player who does appear set to play in Hong Kong is China's Wang Qiang, who is in the form of her life.

Wang was well beaten by world number two Caroline Wozniacki in the China Open semi-finals, going down 6-1, 6-3, and has been carrying a thigh injury.

"I'll try my best because I will definitely face the same situation in the future," the 28th-ranked Wang said, asked if she would compete in Hong Kong.

"I cannot give up easily."