Former world number one Jelena Jankovic triumphed Angelique Kerber to claim her 15th WTA Title and second of the year. 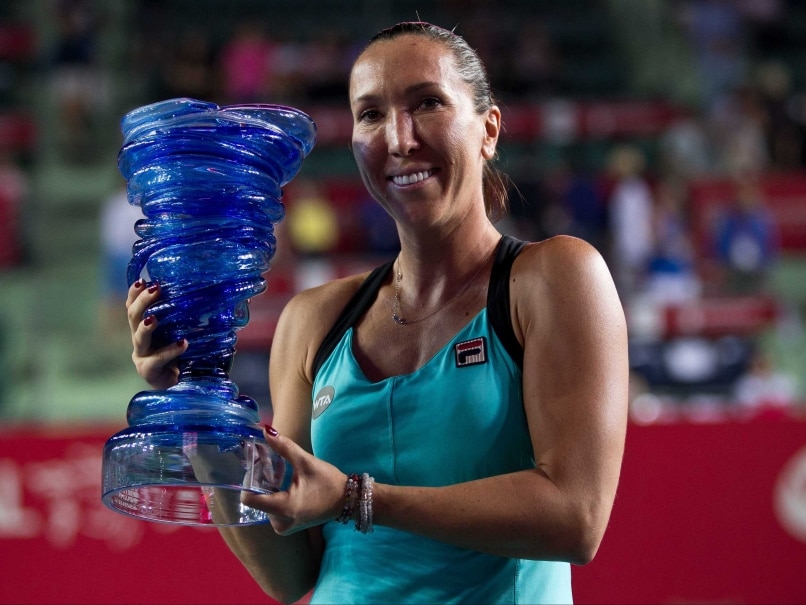 Serbia's Jelena Jankovic celebrates with the championship trophy after her victory over Germany's Angelique Kerber during the women's singles final at the WTA Hong Kong Open tournament.© AFP

Jelena Jankovic made it a Serbian win double in Asia on Sunday as she fought back from a set down to beat Germany's Angelique Kerber to take the Hong Kong Open title. (Agnieszka Radwanska Books WTA Finals Place With Tianjin Title)

Kerber needed a win to secure a place in the eight woman end-of-season WTA Finals in Singapore next week and started brightly with an opening break as she took the set 6-3.

The second proved another tight affair with three breaks of serve each before a tiebreak which Jankovic edged 7-4 after both players excelled with returns.

Jankovic was buoyed by the success and found her serving rhythm in the decider as Kerber failed to force a break point and collapsed as the Serb ran out a strong winner.

Comments
Topics mentioned in this article
Jelena Jankovic Angelique Kerber Tennis
Get the latest updates on IPL 2021, check out the IPL 2021 Schedule and Indian Premier League Live Score . Like us on Facebook or follow us on Twitter for more sports updates. You can also download the NDTV Cricket app for Android or iOS.