Murray mania will break out at Wimbledon on Saturday but it will be for Andy's big brother Jamie who, along with partner John Peers, plays in the final of the men's doubles. 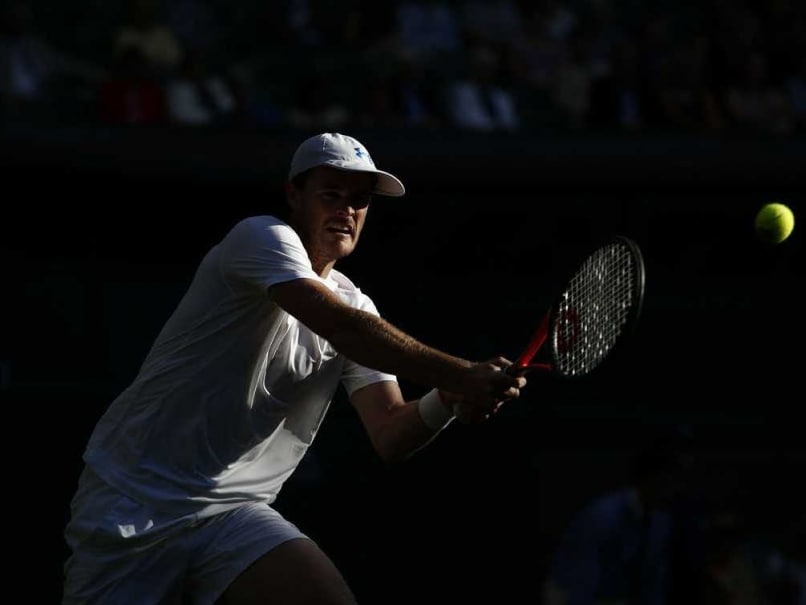 Jamie Murray has long since accepted he will always be known as Andy's brother - "the guy who plays doubles", who can sometimes be seen in the support box as the younger Murray battles it out for grand slam glory. That may never change, no matter what he does, but on Saturday Jamie can at least make a bigger name for himself by winning the Wimbledon men's doubles title with his partner John Peers. (Roger Federer Defeats Andy Murray to Reach Wimbledon Final)

Jamie is already a Wimbledon champion, having won the mixed doubles with Jelena Jankovic in 2007. He has won 12 career titles, picked up $1.33m in prize money and has enjoyed plenty of success in the Davis Cup. For all his achievements, he would surely admit that if he and Peers can beat Jean-Julien Rojer and Horia Tecau, it would be by far the biggest victory of his career. (Murray Says it will be Tough to Get Over Federer Mauling)

"All the doubles players, this is what we're playing for," he said. "We want to play in a men's doubles grand slam final. We're getting the chance to do that. I think we're going to try to make the most of it."

At times over the years, especially on the occasions when he has played with Andy in various doubles tournaments around the world, Jamie has been something of a spare wheel in press conferences, called in alongside his brother and answering only the odd question, while all the attention is on Andy. It cannot have been easy for someone who was a highly ranked singles player when he was 12 to spend much of his life in the shadow of his younger brother. He has handled it remarkably well but no one would begrudge him a bit of the limelight here.

"I've spent most of my life that way," he said. "People come and talk to me because they want to talk about Andy, which is fair enough. That's how it goes. I accept that. But we're doing a lot of great things ourselves. Things have been good for us the last two or three years since we started playing together. I think all the hard work we've put in is kind of paying off.

Andy Murray said this week that he tries not to watch Jamie's matches, even on television, for fear of jinxing his chances, and he will probably stay away from Saturday's final, keeping an eye on the scores and keeping everything crossed. Jamie will not mind if he is there but he will not ban him if he does want to make an appearance. "The last time he came to watch me play was in the final of a tournament we won," Jamie said.

Jamie has a lot to thank Peers for. The Australian, a finance graduate, is a great returner and an all-round solid player, complimenting Murray's skills at the net. But he also helped pull him out of a real slump. Having tasted success early in his career with the American Eric Butorac, Murray was ranked well outside the top 100 in 2009 and wondering if it was really worth it. When he and Peers hooked up in early 2013, it was his last chance. It's worked a treat.

"When me and John started playing together in January or February a few years ago, I think that was probably going to be close to my last kind of effort to really try to get back there," he said. "The previous two years, I played a lot of Challenger tournaments, some Tour events, but mainly played with loads of different people. It wasn't much fun for me, I wasn't really enjoying it. The opportunity came up to try to make something happen with John. Thankfully it's worked out and we're here today."

Comments
Topics mentioned in this article
Jamie Murray Andy Murray Tennis
Get the latest updates on India vs England Series, India vs England , live score and IPL 2021 Auction . Like us on Facebook or follow us on Twitter for more sports updates. You can also download the NDTV Cricket app for Android or iOS.